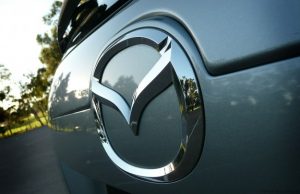 The facility is expected to create up to 4,000 jobs. Toyota and Mazda are investing $1.6 billion towards this project with equal funding contributions.

“We hope to make a plant that will hold a special place in the heart of the local community for many, many years,” said Mazda’s Executive Officer Masashi Aihara, who will serve as President.

“The new plant, which will be Toyota’s 11th manufacturing facility in the U.S., not only represents our continuous commitment in this country, but also is a key factor in improving our competitiveness of manufacturing in the U.S.,” said Hironori Kagohashi, executive general manager of Toyota.

“We are committed to realising a highly competitive plant and producing vehicles with the best quality for customers by combining Toyota and Mazda’s manufacturing expertise and leveraging the joint venture’s synergies. Based on this competitiveness, we will make every effort to becoming a best-in-town plant that will be loved by our hometown,” he added.

US to allow full self-driving trials

California, the largest car market in the U.S. and a hub of autonomous technology development, has proposed plans to allow testing of self-driving cars on public roads without human back-up drivers by the end of the year.

The Californian Department of Motor Vehicles (DMV) is seeking public comment on regulations for driverless testing and the public use of vehicles that will no longer require manual controls such as pedals and steering wheels.

“Since the adoption of the current testing regulations, the capabilities of autonomous technology has proceeded to the point where manufacturers have developed systems that are capable of operating without the presence of a driver inside the vehicle,” the department said in their initial statement.

So far, the state has granted 27 companies licences to test driverless vehicles on public roads, including large businesses such as Tesla, BMW and Uber, and small start-ups such as Zoox and AutoX.

Companies who wish to test AVs without a steering wheel and back-up driver must apply for an exemption from the National Highway Safety Traffic Administration if they do not meet current Federal Motor Vehicle Safety Standards.

Numerous car makers have expressed plans to deploy AVs on U.S roads by 2020.

The Californian DMV has opened the regulations to comments from the public and will hold a hearing on April 25.

Barring Australia, vehicle imports rose across the board, including the EU, Japan, USA, and South Korea.

Petroleum was the highest-value import commodity from South Korea, and grew 12 per cent to $647 million. Vehicle imports grew the most proportionally of the markets Statistics NZ studied, up 19.5 per cent to $515 million.

American vehicle imports also rose, up 4.7 per cent from 2016 to $601 million. It remains the third-largest commodity behind mechanical machinery imports, which decreased 5.6 per cent to $1.2 billion, and aircraft and parts, which fell 13.5 per cent to $1 billion.

Vehicle imports from Australia fell 6.8 per cent to $424 million as Australian prepare to close down for good this October and send production to Europe and Japan. Mechanical machinery imports also dropped 7 per cent to $381 million.

Car sales down in US; SUVs up 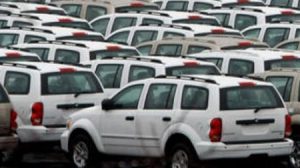 February sales were mixed across the major car makers in America. GM sales increased 4.2 per cent, and Nissan grew 3.5 per cent. Honda also saw a slight sales gain of 2.6 per cent, led by a 12 per cent surge in SUVs and utes.

Volkswagen sales increased 12 per cent, Subaru’s sales rose 8.3 per cent, and Mercedes-Benz sales were up 6.9 per cent.

Hyundai remained static, with no sales growth or decline compared to last February.

Ford sales, however, declined four per cent overall as sedan and hatchback sales dropped 24 per cent. Toyota sales fell 7.3 per cent on the back of a 15 per cent decrease in Camry sales.

Fiat Chrysler reported a 10 per cent drop in sales, with its large-volume Jeep SUV brand dropping 15 per cent. Kia sales fell the furthest proportionally, with sales down 14.2 per cent compared to February 2016.

Experts predicted the demand for cars, SUVS and utes to drop compared to February last year. Sales rose one per cent, however, triggering a rise in shares for GM, Ford, and Fiat Chrysler.

Despite the rise, analysts are still cautious. Discounts hit 10 per cent of the average selling price for February as car makers tried to unload vehicles onto the market.

“With the industry at 10 percent you are in a push market,” said Mark Wakefield, head of the North American automotive practice for consultancy AlixPartners, told Reuters.

A push market means manufacturers are pushing discounted vehicles onto consumers, rather than responding to the pull of demand.

The challenge, Wakefield added, is for car makers to avoid over-producing vehicles or cutting profit margins too thin.

Sales of SUVs and utes continue to rise, which means higher profits for the industry. Ford US sales chief Mark LaNeve said in a statement the company sold 65 per cent SUVs and utes and 35 per cent cars. 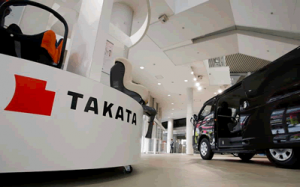 Japanese car-parts manufacturer Takata pleaded guilty to a felony charge on Tuesday in a US federal court as part of a $1.4 billion settlement.

The settlement includes penalties and compensation to both car makers and victims of the faulty inflators. The company’s chief financial officer, Yoichiro Nomura, entered the plea on behalf of the company.

Lawyers representing the victims objected to the ruling. Worldwide, 16 deaths and over 180 injuries have been linked to Takata’s defective airbags.

The settlement is expected to rejuvenate stagnated talks to find a buyer for Takata, which have been ongoing for a year.

Steeh told the court he considered harsher penalties but approved the settlement, as higher fines could push Takata into bankruptcy and further delay efforts to replace faulty inflators still on the roads.

“Destruction of the corporation would probably have been a fair outcome in this case,” he said.

Lawyers for vehicle owners have sued various car makers, including Honda, Nissan, BMW, Ford, Mazda and Toyota, alleging the manufacturers used the inflators despite knowing they were faulty.

Takata agreed to establish two restitution funds in January – $1.19 billion to compensate car makers for the extensive recalls, and $173 million for injured drivers.

Recalls are expected to continue until 2020. 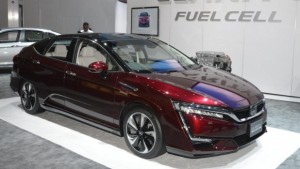 The Honda Clarity EV will have a range of 128km on a single charge due to platform sizes and manufacturing costs, executives have said.

This put the Clarity’s range well behind competitors, with the Chevrolet Bolt claiming a 450-km range, the Tesla Model S 400km, the Hyundai Ioniq 200km, and the Nissan Leaf 172km.

Honda says the range limitation was due to tough engineering decisions. The Clarity battery platform will have to also fit inside the plug-in hybrid and hydrogen fuel-cell models in the range, which restricted available space.

The cost of the battery was kept intentionally low to make pricing competitive. The Clarity EV is expected to start at around $48,000.

“A pillar of the Honda brand is affordability, and if Honda came out with some obscenely priced long-range electric car, what does that do for the brand?” Steve Center, vice president of environmental business development at American Honda Motor, told Automotive News. “Most of our customers would not be able to acquire it.”

The Nissan Leaf hatchback and Hyundai Ioniq contain EV models beneath the entry-level $50,000 price point. Honda hopes the Clarity sedan will be popular with commuters who desire a slightly larger EV without the expense.

The all-electric Honda Clarity will debut in America this autumn. Details for a New Zealand launch are yet to be announced.

General Motors Co is planning to deploy thousands of self-driving electric cars in test fleets in partnership with ride-sharing company Lyft next year, according to Reuters. It is expected to be the largest test of fully autonomous vehicles undertaken before 2020.

Lyft plans to test the Chevrolet Bolt AVs in several states, and GM has no immediate plans to distribute the Bolt commercially. While GM executives have previously discussed mass-producing AVs and deploying them in ride-sharing fleets, details on the scope and timing of production have been kept secret.

The extensive EV test in partnership with Lyft has not been officially announced by either company, and in response to Reuters, GM said, “we do not provide specific details on potential future products or technology rollout plans. We have said that our AV technology will appear in an on-demand ride sharing network application sooner than you might think.”

GM has recently begun extending its EV and AV capabilities. Last December, CEO Mary Barra announced that GM would begin building a fully autonomous version of the Bolt EV in early 2017. A small test of 40 Bolt AVs is currently underway in San Francisco and Scottsdale, Arizona, and will soon extend to Detroit. 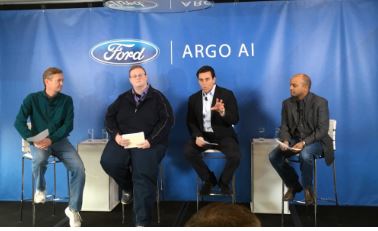 Ford Motor Co has announced plans to invest $1.4 billion in tech start-up Argo AI over the next five years to help reach its goal of producing a self-driving vehicle for commercial ride-sharing fleets by 2021.

Argo AI, based in Pittsburgh, was founded by former executives on automation teams at Google and Uber. The investment makes Ford the largest shareholder in the company. Argo AI will help build the virtual driver system, which is integral to the fully autonomous car Ford plans to develop within the next five years.

“With Argo AI’s agility and Ford’s scale, we’re combining the benefits of a technology start-up with the experience and discipline we have at Ford,” Ford CEO Mark Fields said at a press conference.

Once the technology is developed, executives said it could be licensed to other companies.

This is the largest investment Ford has recently made in transportation technology, following the purchase of a minority stake in Velodyne, a manufacturer of laser-based sensing systems for self-driving cars, for $100 million last year.