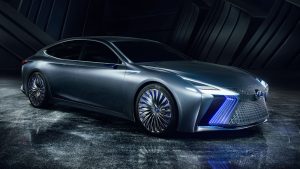 Consumer car brands are hinting they could be bringing in electrically powered self-driving cars as early as 2020. With cities around the world becoming more environmentally aware, it’s no surprise that the once far-fetched technology is closer than ever before.

This year’s Tokyo Road Show revolves around the implementation of Artificial Intelligence (AI), which includes the ability for cars to drive themselves as well as assist the driver.

It also showcased that hybrid petrol/electric, fully electric (EV) and Fuel Cell Vehicles (FCV) are going to be a driving force for a cleaner environment and more cost-effective motoring.

The word ‘concept’ in the automotive industry has always been associated as a far-fetched idea manufactured in a way that showcases current design prowess. But this time the term ‘concept’ couldn’t be anymore real and not as crazy as one might think.

Both of these technologies are due to come online for selected Toyota and Lexus models by 2020 and will provide automated steering along with automatic lane merging, lane changing and diverging as well as constantly keeping a safe distance to the car in front.

Like the Toyota Concept-i, the LS+ Concept both learns and ‘grows’ with its driver’s habits and styles over time. 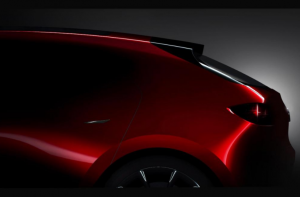 Mazda has teased two concepts they will debut at the upcoming Tokyo Motor Show at the end of this month.

Mazda will also display the SKYACTIV-X next-generation gasoline engine as a technology exhibit at the show, which runs from October 28 through November 5.

Mazda’s theme for this year’s show – “Celebrate Driving.” – hints at concepts that focus on the driving experience, on road and in the vehicle.

The concept, a compact hatchback that fuses next-generation technology and design, will make its world premiere at the show. It adopts Nissan’s SKYACTIV-Vehicle Architecture. The concept, powered by the SKYACTIV-X engine, is set to become the world’s first commercial gasoline engine to use compression ignition. Dynamic performance has been dramatically refined and next-generation design condensed to create Mazda’s ideal compact hatchback.

The design vision model embodies the concepts that will define the next generation of Mazda design, resulting in a more profound expression of the globally-acclaimed KODO design language Mazda debuted on the Mazda CX-5 in 2012.

The Mazda CX-8, a new three-row crossover SUV that goes on sale in Japan in December, will also be on display at the show. The company’s flagship SUV in Japan, it features sophisticated styling and comfortable seating in all three rows. Major upgrades to the SKYACTIV-D 2.2 clean diesel engine increase torque and power for composed performance.

“In August, we announced our Sustainable Zoom-Zoom 2030 long-term vision for technology development, setting out how Mazda hopes to use driving pleasure, the fundamental appeal of the automobile, to help solve issues facing people, the earth and society,” said Masamichi Kogai Mazda’s representative director, president and CEO.

“Our stand this year marks the beginning of a new era for Mazda. We will showcase a concept model with the design and technologies that will define a whole new generation of Mazda cars. Among them is SKYACTIV-X, a gasoline engine that realizes a long-held dream of the global automotive industry.” 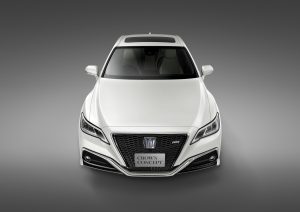 Toyota is bringing back one if its oldest nameplates, when the Crown debuts at this month’s Tokyo Motor Show.

The next generation gets a more streamlined, stately and modern look.

The modern and streamlined Crown is a new take on a model that dates back to 1955. The new iteration has been designed from scratch, resulting in a top of the line, full-size sedan.

The first Toyota Crown was released in Japan in 1955.

Toyota is also equipping the new Crown with connectivity that will use big data to plot driving routes, avoid congestion and remotely diagnose mechanical issues.

The high-end four-door was even tested on Germany’s famed Nurburgring circuit to deliver better handling, stability and performance.

Toyota teased the Crown Concept in an Oct 4 preview of its Tokyo Motor Show plans. The show car foreshadows a production version scheduled to go on sale next summer. 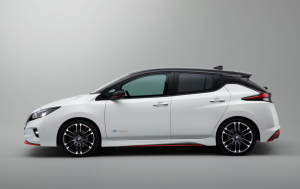 The first all-electric hot hatch is set to debut at the upcoming 45th Toyko Motor Show, and we now have a number of images and features of the new model.

Sport-tuned suspension, high-performance tires and a custom-tuned computer are part of the performance upgrades.

Nissan is introducing the “Leaf e-Pedal”, which lets the driver start, accelerate, decelerate, stop and hold the car by using only the accelerator pedal.

It will also include fully automated parking technology.

The concept will feature “e-Pedal” technology, that allows the driver to accellerate, brake, and come to a complete stop, all with the accellerator pedal

Other differences from the base model leaf appear to be large alloy wheels, a lower ride height, a two-tone black and white paint finish, more aggressive looking front bumpers and side skirts, plus sporty looking red accents on the bodywork.

Nissan will also premier a new NISMO Skyline model and a NISMO Serena Minivan concept at the Motor Show.

Nissan announced plans earlier this year to refresh the NISMO brand, the company’s performance wing, in a bid to boost global NISMO sales to upwards of 15,000 per year.