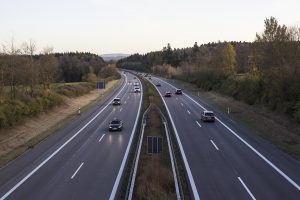 The New Zealand Transport Agency has welcomed a 110km/h speed limit from the Cambridge Section of the Waikato Expressway and Tauranga Eastern Link Toll Roads.

Mike Noon, AA Motoring Affaird General Manager, says the AA supports the higher speed limit for both new roads because they have been designed to a much higher safety standard compared to other New Zealand roads.

“From a survey undertaken in August 2017, raising the limit to 110km/h on our safest roads was supported by 79% of AA Members,” says Mike.

“New Zealanders expect speed limits that sensibly reflect a road’s risk and these are two of the safest roads in the country so it makes sense to raise the speed limit on these roads.”

However this is not the case for all of our roads, and some of our older roads currently have limits that are too high and over time speed limits on these roads are likely to reduce.

The two new roads that will have 110km/h limits are multi-lane highways, with a number of safety features including wide shoulders and median barriers to separate oncoming traffic as well as barriers on the left to prevent vehicles running off the road.

The new limits are consistent with speed limits on roads of the same quality in other countries around the world including Australia.

“The AA would also like to remind drivers that speed limits are not a target. The speed limit is the maximum speed you can travel in ideal conditions and in some situations you will find that you need to drive significantly slower than the posted speed limit,” says Mike.

Speed limits have been lowered on some areas along the alternative Picton to Christchurch route.

According to the NZ Transport Agency, state highways 7, 65, 6 and 63 all have new speed limits, in order to keep everyone using the road safe.

“The alternative route is challenging to drive and since the Kaikōura earthquake, the volume of vehicles travelling this route has quadrupled.” says Frank Porter, highway manager for the Transport Agency.

He says speed limits had been lowered from 100km/h to 80 km/h to improve safety on sections where the road is windy and narrow for more than two kilometres.

Speed limits will also be reduced at key intersections, particularly where there is an increase in right turning traffic, including heavy vehicles and campervans.

To improve safety for people living in communities along the alternative route, speed limits through all the townships and villages along the route will be a maximum of 60 km/h. Existing speed limits of 50km/h will not change.

New signage will be installed at all schools along the route to indicate a 40 km/h speed limit when children are present.

Between Blenheim and Renwick the speed limit is lowered to 80km/h with a reduction to 50km/h at the east of Renwick. This simplifies a mixture of speed limits through this area and with increased traffic will enhance safety along the route and at intersections.

“There is increased traffic between Blenheim and Woodbourne and at peak hours in particular, safety along this stretch is paramount,” says Porter. “Lowering travel speeds to 80km/h will add very little to the journey time but will increase safety for everyone.”