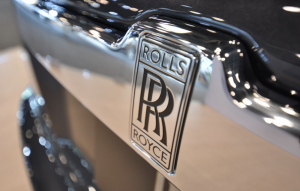 Auckland’s win as Provenance Dealer of the Year was no small feat among an international network of 138 dealerships across more than 50 countries.

Ruwan Siriwardena is brand manager and Des Parsons is responsible for after sales at the Newmarket-based dealership, which has previously won major regional awards and a global award for best after sales incentive. 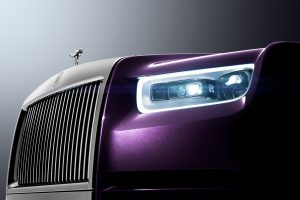 Rolls-Royce have officially unveiled the all-new Phantom VIII at the Great Eight exhibit in London’s Mayfair, which was streamed worldwide.

The new Phantom, released 14 years after the Phantom VII, contains a 6.75-litre V12 engine which generates 421kW of power and 900Nm of torque. The speed has been electronically limited to 259km/h, and 0-100 takes 5.3 seconds. With more than 130kg of sound insulation to shield the engine noise from the cabin, Rolls-Royce claim the new Phantom is the most silent car in the world.

The bones of the new Phantom is constructed from a new all-aluminium space frame, which is 30 per cent more rigid than the previous generation. The frame designed by Rolls-Royce engineers and will feature in every future Rolls-Royce, beginning with the Phantom VIII.

With this new frame, which has been designed and engineered to scale up and down to any model, the car makers says it will only use its own architecture across all vehicles, whatever the sectore.

A range of safety features are included in the Phantom VIII for the first time, including an Alertness Assistant, which uses four cameras to survey surroundings, Night Vision and Vision Assist, Active Cruise Control, collision warning, pedestrian warning, cross-traffic warning, and lane-departure and lane-change warning.

Further details on a launch date and pricing are yet to be announced. 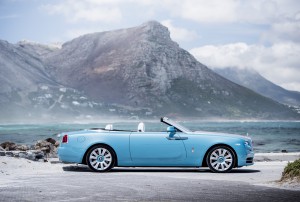 The manufacturer has recorded sales up by six per cent on its 2015 results and a total of 4,011 cars were delivered to customers in more than 50 countries.

“This remarkable result emphatically affirms the global appeal of the very finest British luxury goods to the world’s most discerning patrons. Rolls-Royce is a true Great British manufacturing success story, one driven by the hard work and ingenuity of the men and women employed at our Centre of Luxury Excellence in Goodwood, West Sussex,” said CEO Torsten Müller-Ötvös.

“We are deeply committed to a long term, sustainable, successful growth strategy and this result, amidst a backdrop of global uncertainty, affirms this approach. 2016 has proven the perfect year to sign off the successful first chapter of the renaissance of Rolls-Royce. Success for Rolls-Royce is success for Great Britain and we reaffirm our commitment to maintaining the Home of Rolls-Royce in the UK.”

The company recorded its highest-ever sales in key global markets including the US (up 12 per cent), Europe (up 28 per cent) and Asia Pacific (up five per cent). A number of individual markets also exceeded previous records, notably Japan (up 51 per cent), Germany (up 30 per cent), the UK – the marque’s home market – (up 26 per cent), China (up 23 per cent) and the USA (up 10 per cent).

The only major region where conditions remained difficult was the Middle East where consumer demand for all luxury goods was dampened by economic and political uncertainty. However, despite these challenging market conditions, the Middle East ended the year as the third largest market in 2016, while Rolls-Royce Motor Cars Dubai earned the accolade of the highest selling dealership globally.

A highlight of the year was the successful completion of the largest single commission ever undertaken by Rolls-Royce: a fleet of 30 Extended Wheelbase Phantoms exclusively designed and handcrafted for THE 13 hotel in Macau. The first car was handed over to luxury entrepreneur Stephen Hung, Joint Chairman of THE 13 Holdings Limited, at the 2016 Geneva International Motor Show. Commissions like this reaffirm Rolls‑Royce’s status as the only truly Bespoke house in the automotive world.

The new Rolls-Royce Technology and Logistics Centre (TLC) at Bognor Regis opened, on schedule, in January 2016. This purpose-built 30,000m2 facility, close to the manufacturing plant at Goodwood, was built from the outset with the potential for future expansion and the buildings will be extended in 2017 by almost 10,000m2 to meet growing demand and in readiness for future models. The expansion will give the TLC the same overall footprint as the Home of Rolls-Royce, more than doubling the scale of the company’s facilities since its launch in 2003.

Throughout 2016, significant building and expansion work also continued at the Home of Rolls-Royce at Goodwood. The company invested heavily in a new single-line manufacturing system that is central to its long-term production strategy. Testing of an all-new proprietary aluminium space-frame architecture, which will underpin every new Rolls-Royce model built on the new single line from early 2018, is now approaching completion.

The growth in production facilities was matched by the creation of over 100 new jobs at the Home of Rolls-Royce at Goodwood in 2016. The company now employs over 1,700 people, representing a remarkable increase approaching 500 per cent on the original team of 350 who worked to create the first Phantom in 2003.

Rolls-Royce also demonstrated its long-term commitment to supporting future talent with a record intake on its industry-leading Apprenticeship Programme, which celebrated its 10th anniversary in 2016. More than 50 young people are currently learning skilled trades at the Home of Rolls-Royce, with similar recruitment levels planned for 2017. Record numbers of graduates and interns also joined the company during 2016.

The success of Rolls-Royce is based upon an intimate understanding of luxury customers’ requirements. This was echoed in the success of the marque’s Provenance (pre-owned) and Financial Services programmes which both enjoyed exceptional results in 2016. These tailored solutions reflect the way in which many of today’s patrons of luxury seek to invest in fine objects.

In closing, Müller-Ötvös said, “We are deeply proud of the achievements of our historic brand over the past years. Rolls-Royce continues to surge forward in a confident and sustainable manner. Our business model, which is rooted in our unique and detailed understanding of the multifaceted world of luxury, is producing growth at just the right pace for a truly rare and exclusive brand. This is what our customers demand of us and this is what we will continue to deliver.”