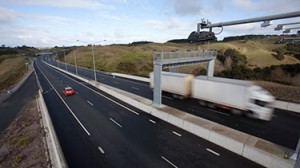 A crisis meeting was called to discuss the rising number of deaths on New Zealand roads.

A new road safety campaign has been announced after the Motor Trade Association urged the Government to push for vehicle safety as New Zealand’s road toll creeps towards a ten year high.

The road toll so far sits at 339, 42 more than last year, with still a month until the end of the year.

Two weeks ago, the Green Party’s Julie Anne Genter called representatives from police, the transport agency (NZTA) and Ministry of Transport to Wellington to figure out what changes will have the biggest impact in a short amount of time.

Some of the remedies being considered were improving dangerous roads, and improving awareness and education around road safety.

The joint police and NZTA campaign revolves around a simple message, “we want you here for christmas,” and hopes the simplicity will get through to motorists during this time of year.

“We’re just making sure people, going into the silly season, are paying attention to these things so that they can live long meaningful lives,” Superintendent Steve Greally said.

“Our advice is, as always, don’t drink and drive. Both of those activities are great on their own but they should be kept very separate.”

For Lisa Rossiter, who represented NZTA during the checkpoint operation, the road toll represents 339 broken families.

“As of today, we have got 339 families in New Zealand who have an empty chair at the Christmas dinner table.”