Petrol prices on the rise

Rising crude oil prices, and a falling exchange rate, contributed to pushing petrol prices up in the second half of 2017.

“The average price for a litre of 91 octane reached $2.00 in March 2018,” prices senior manager Paul Pascoe said. “This is the highest level since the December 2014 quarter.”

Average petrol prices in the CPI take into account loyalty card and supermarket discounts, and therefore differ from those seen at the petrol station.

For several quarters, petrol prices have moved in different ways in different parts of the country, rather than rising or falling consistently at a national level.

Since 2013, Wellington and the South Island have typically had larger increases and smaller decreases than the rest of the country.

The regional pattern changed in the year ended March 2018. Auckland prices either fell less or increased more than Wellington and Canterbury in three of the past four quarters.

In the March 2018 quarter, Auckland petrol prices rose 3.9 per cent, while Wellington and Canterbury rose 0.8 per cent and 0.1 per cent, respectively.

In the year ended March 2018, Auckland petrol prices increased 6.5 per cent, Wellington increased 1.7 per cent, and Canterbury 1.3 per cent.

Scotland to end sales of diesel, petrol cars by 2032

Scotland has announced they will phase out sales of diesel and petrol vehicles by 2032.

Scotland now follows a growing list of counties that have outlined intentions to move away from the internal combustion engine.

If Scotland meets its target, it will do so eight years ahead of the UK as a whole.

“Our aim is for new petrol and diesel cars and vans to be phased out in Scotland by 2032,” Ms Sturgeon said.

The Government said the commitment was necessary due to the avoidable impact poor air quality was having on people’s health.

Jesse Norman, the parliamentary under-secretary at the Department for Transport, confirmed the Government’s plans.

“The Government has a manifesto commitment for almost all cars and vans on our roads to be zero emission by 2050. We believe this would necessitate all new cars and van being zero emission vehicles by 2040,” Mr Norman said in a written answer to the Commons.

The UK government said earlier this year that in the interests of meeting targets under the Paris climate accord and to reduce emissions to zero by 2050, they would end the production of new petrol and diesel vehicles by 2040.

France has an even stricter target, announcing they would ban sales of the internal combustion engine the same year as the UK plans to have them phased out.

Earlier this week China also announced it would phase out the combustion engine, and focus on the production of electric vehicles.

Study finds fuel prices may not be reasonable 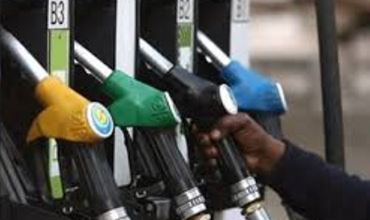 The Fuel Market Financial Performance study, commissioned by the Ministry of Business, Innovation and Employment following public pressure regarding petrol prices in New Zealand has found that prices may be unfair, although constraints of data meant the report was unable to reach a definite conclusion.

The 118-page report gathered data from major fuel companies, including BP, Mobil and Z Energy, and some information from independent company Gull and industry participants, such as suppliers. Analysts sought to conclude whether fuel prices were reasonable, what regional factors could explain nationwide disparities in price, and if there was any evidence of cross-subsidisation between the product and the market.

“We can indeed identify features of the New Zealand fuel industry possibly giving cause for concern that consumers are not as well served as they could be,” the report said, “but with the information and time available it has not been possible to be more definitive, nor could we assess whether the benefits of all of those measures exceed their costs.”

“This causes us to conclude that we cannot definitely say that fuel prices in New Zealand are reasonable, but we have reason to believe that they might not be.”

Data collected from the industry found that retail gross margins have increased significantly during the period studied, and in some cases, the Return on Average Capital Employed (ROACE), had doubled between 2012 and 2017.

A weakening competitive intensity, a shift towards greater product differentiation and a rise in independent retailers were cited as the most likely causes for this rapid increase in price, and the report suggested several methods to mitigate this rise, including the removal of Z Energy’s Main Port Price on its website, and a possible liquid wholesale market in selected regions.

Regional pricing was also singled out, and the report found a lack of competition was most likely to blame for high margins in Wellington and the South Island, and that a new competitor would struggle to enter the market due to low population density and high distribution costs.

“This is a very complex area and the Study takes us a significant step forward in our understanding, said Energy and Resources Minister Judith Collins.

“I have now instructed my officials to assess the recommendations of the Study and report back to me by November.”

Collins thanked Z Energy, BP, Mobil and Gull for participating in the study. 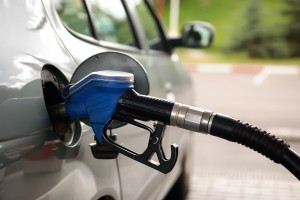 A Northland petrol station is to pay $28,500 for committing serious breaches of employment law after an investigation by the Labour Inspectorate.

IXL Petroleum and Gas Limited, trading as a G.A.S station on State Highway 1 in Ruakaka, failed to pay at least the minimum wage, correct holiday pay, and was found to have made unlawful deductions.

“Every person employed in New Zealand must be provided with their minimum employment entitlements – anything less is unacceptable,” says Labour Inspectorate regional manager Loua Ward.

The Employment Relations Authority has issued a $14,000 penalty to IXL Petroleum and Gas Limited, and $14,500 in arrears, which were paid out to four employees.

“One staff member regularly had their wages deducted – with the employer paying them for 20 hours per week, despite their own records showing the employee worked significantly longer hours,” says Ward.

“Another employee reported being charged for customer drive offs and the employer seeking a premium in exchange for supporting their visa – both of which are illegal in New Zealand.”

Ward said that other franchisors should take note and ensure that their franchisees are meeting minimum employment standards.

“Not only do these cases mean penalties, if consumers don’t believe you pay your employees appropriately it can damage the brand as a whole,” she said.

AA Smartfuel has teamed up with Contact Energy, adding the power company to its growing list of partners which total 1500 retailers across New Zealand.

The petrol loyalty programme began in 2011 and now has 2.2 million cardholders across the country, and includes businesses such as BP, Caltex, Slingshot and Countdown.

“Along with fuel and food, electricity is a key priority for most New Zealand families,” says AA Smartfuel director Ian Sutcliffe.

Contact Energy provides electricity and gas to approximately 550,000 New Zealanders and is one of the largest listed companies in the country.

“Our customers have told us that when it comes to rewards they want a more instant and generous rewards programme,” she said, adding that Contact will introduce more customer rewards over the coming months.

The latest fuel testing report released by Trading Standards at the Ministry of Business, Innovation and Employment (MBIE) has been positive, with petrol quality high across the country.

Trading Standards tested samples from 115 stations across New Zealand at the Independent Petroleum Laboratory between July 2015 and 2016. “While the fuel industry completes its own testing, Trading Standards at [MBIE] carries out independent testing of petrol, diesel and biofuels to give consumers added peace of mind,” Trading Standards manager Stephen O’Brien said.

The rate of suspect fuel samples decreased from 10 examples in the previous year to eight, with three suspect petrol and five suspect diesel results, and all samples were declared within tolerance levels after further analysis.

“On the whole, our testing found fuel sold within New Zealand was of a good quality and compliant with specifications prescribed in the regulations,” O’Brien said.

The latest test results from MBIE are part of an ongoing testing programme of the 1200 petrol stations across New Zealand.

Energy and resources minister Judith Collins announced today that the Ministry of Business, Innovation and Employment (MBIE) will undertake a market study into fuel prices and returns.

The fuel market financial performance study is expected to conclude in June and will determine whether prices are fair for petrol and diesel consumers.

“MBIE data shows that fuel margins have more than doubled over the last five years. The market study will report on fuel company returns and will include in-depth analysis of oil companies’ finances,” Collins said in a press statement.

“The Study will focus on the returns on average capital employed against cost of capital, across different parts of each business. It aims to determine if companies are making super-normal profits or not.”

Collins said she has spoken to the oil companies this week and is “very confident” they will co-operate with the market study. The terms of reference for the study will be released shortly after consultation with the industry.

The AA has renewed calls for petrol margins to be investigated by the government after major discrepancies in prices were found between New Zealand regions.

Petrol monitoring website PriceWatch reports that 91 petrol costs as low as $1.76 in the Hawke’s Bay, offered by Gull. In Wellington, prices vary between $1.94 and $2.08, depending on the petrol chain. An hour north in Masterton and Levin, 91 petrol costs just $1.79 per litre at Gull. Down south in the West Coast and Otago, however, 91 petrol is as high as $2.29 per litre.

AA petrol watch spokesman Mark Stockdale told RNZ the lack of competition was to blame for soaring prices, particularly in Wellington and the South Island. “The margins have crept up,” he said. “In fact, the last time margins reached the level they have now, we actually had the Minister of Energy call the fuel companies out and say he was very uncomfortable with the margin.”

In his latest Petrolwatch report, published on January 10, Stockdale wrote that with Z Energy’s 3-cent price increase, margins are higher than ever and “retail prices in the south of New Zealand are now the highest they’ve been since July 2015.”

Figures reported by the Ministry of Business, Innovation and Employment show petrol retailer margins crept to 30.54 cents per litre in 2016. Z Energy chief executive Mike Bennetts disagreed and told RNZ that after loyalty programmes and discounts,the company had an overall post-tax profit of about 5 cents per litre, which he didn’t consider “unreasonable or outrageous.”

Stockdale said the main problem is a lack of transparency around profit margins, and called on the new Energy Minister, Judith Collins, to investigate. A spokesperson for Collins told RNZ the minister would discuss it further with officials in the coming weeks.

Transport prices up in the CPI 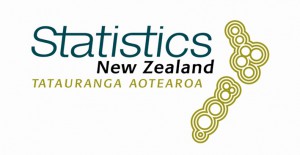 Statistics New Zealand has released the CPI figures for the December 2016 quarter. Overall, the annual CPI inflation rate was 1.3 per cent, according to the report, and the CPI rose 0.7 per cent for the quarter, with seasonal adjustment.

Private transport and supplies and services increased 2.3 per cent in price for the December 2016 quarter. As a result of the fluctuating prices in 2016, the overall cost fell two per cent between December 2015 and 2016. 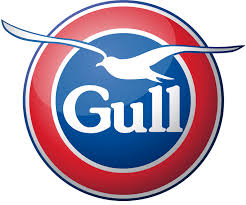 Caltex Australia announced to ASX on Thursday that it was buying Gull for $340 million.

As Gull is New Zealand and Australian owned, in order for the sale to go through, approval will need to be obtained from the Overseas Investment Office.

With the petrol company only running outlets between Northland and Masterton, the sale may be a positive move for people living further south. Gull has never moved further down south because it only owns one fuel terminal in Mount Maunganui.

If the sale does go ahead, Caltex said it would be “business as usual” for Gull and would not rebrand it.