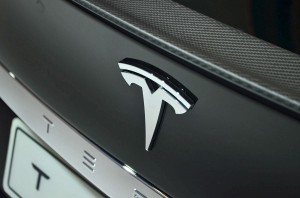 Tesla continues to lead sales of pure electric vehicles (EVs), according to statistics for the first quarter of 2018. The Model S notched up 44 registrations and the Model X came third with 37 with Hyundai’s Ioniq sandwiched between them on 39.

By comparison, in the first three months of 2017 Model S sales came in at 32 and 10 Model Xs were registered.

During the whole of last year, the Models S and Model X racked up 128 and 116 sales respectively, according to Motor Industry Association statistics. These figures made Tesla New Zealand’s top-selling brand in the pure EV class in which 546 units were registered overall.

Sales of cars other than those powered by petrol or diesel are still led by plug-in hybrids. They accounted for the bulk of 797 registrations in the “other” category for the first quarter of 2017.

Toyota dominates this segment with three of its hybrids – the Corolla with 195 sales, the Camry on 103 and the Prius C with 88 – commanding a market share of 57 per cent. 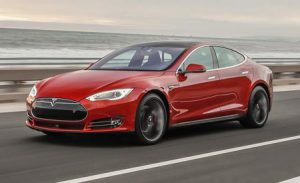 Tesla delivered its first Model S cars to New Zealand buyers at an event in Auckland last night and announced the opening of its first retail store in the country.

The EVs can be parallel imported, and the first arrived in New Zealand in November 2014, but the eight Model S cars distributed in Auckland mark the official introduction of Tesla into the New Zealand market.

Tesla New Zealand country director Kurt Schlosser also revealed Tesla’s first showroom will open at 501 K’ Road, in Auckland, in the middle of the year at the event.

The Tesla New Zealand website offers a range of Model S EVs to order, with delivery scheduled for May. Prices begin at $122,300 for the Model S 60, which has a 400km range and a 60kWh battery.

Custom orders for the Model X SUV are available on the website. Tesla has also opened up reservations for the entry-level Model 3 for $1500. The Model 3 is priced at $(US)35,000 in America, and local pricing will be released sometime this year. Tesla estimates New Zealand delivery for new reservations will commence in 2018.

Schlosser also announced the first supercharger had been commissioned in Hamilton at the Shed 10 event. The supercharger network is planned to span the country, with ‘destination chargers’ in 100 locations, such as resorts, shopping centres and parking complexes. The next charging stations will be installed in Turangi and Sanson, with installations to come in Auckland and the South Island in the future.