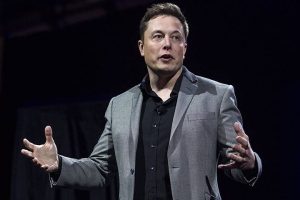 Tesla says it will start building cars around the clock in order to ramp up Model 3 output to 6,000 a week.

An internal company email says the company will boost production to a 24/7 operation by the end of June.

“As part of the drive toward 6k, all Model 3 production at Fremont will move to 24/7 operations. This means that we will be adding another shift to general assembly, body and paint,” Chief Executive Elon Musk wrote. The email was obtained by the website Electrek.

Tesla will also be adding about 400 people per week for several weeks, Musk wrote. The company had previously said it was targeting 5,000 a week by around the end of the second quarter.

Musk, who has said his automaker will be profitable and cash-flow positive in the third and fourth quarters also outlined cost-saving measures in his email.

“I have asked the Tesla finance team to comb through every expense worldwide, no matter how small, and cut everything that doesn’t have a strong value justification,” he wrote.

“All capital or other expenditures above a million dollars, or where a set of related expenses may accumulate to a million dollars over the next 12 months, should be considered on hold until explicitly approved by me.”

“The reason that the burst-build target rate is 6,000 and not 5,000 per week in June is that we cannot have a number with no margin for error across thousands of internally and externally produced parts and processes,” Musk said. He noted the carmaker produced 2,250 of the mission-critical sedans last week.

Musk said that going forward, workers should walk out of meetings or drop off of a call “as soon as it is obvious you aren’t adding value” and avoid using “acronyms or nonsense words for objects, software or processes at Tesla” to boost their productivity. 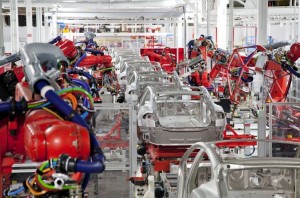 According to sources, Tesla has had to ship some flawed parts to remanufacturing facilities to avoid scrapping them, rather than fixing them in-line, however Tesla is denying the claim.

A current Tesla engineer told CNBC news that around 40 per cent of the parts made or received at its Fremont factory require rework. The need for reviews of parts coming off the line, and rework, has contributed to Model 3 delays, the engineer said.

To deal with a build-up of flawed parts and vehicles, Tesla has brought in teams of technicians and engineers from its service centres and remanufacturing lines to help with rework and repairs on site in Fremont, according to the sources.

Tesla flatly denies that its remanufacturing teams engage in rework. “Our remanufacturing team does not ‘rework’ cars,” a spokesperson said. The company said the employees might be conflating rework and remanufacturing. It also said every vehicle is subjected to rigorous quality control involving more than 500 inspections and tests.

CEO Elon Musk has been under serious pressure to increase production of the Model 3 sedan, Tesla’s first mass-market EV. More than 400,000 customers have reserved the EV, paying US$1,000 refundable fees to do so.

First glimpse of the Model 3 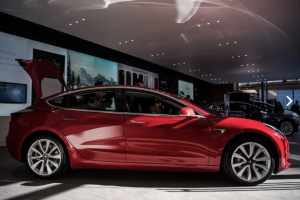 Last Friday, reservation holders came face to face with the mass-market sedan for the first time at Teslas’s showroom in Washington D.C.

Despite months of production and quality issues that have stalled the vehicle’s rollout, Tesla has begun delivering the Model 3 to showrooms across the country in recent days.

Reservation holders received an email this week inviting them to see the car in person.

Friday’s sneak peek demonstrated to customers that the car is worth the wait. Arjun Sharma, an 18-year-old college student has been spending months pouring over news about the car online.

“This technology is brand new, and my generation is all about technology, and there’s no other car like Tesla,” told Sharma to the Washington Post, who said he expects his car to be ready near the end of 2018 or early 2019. “I feel like my entire generation wants one.”

“I looked at so many pictures, but seeing it in person is just so different,” he added. “It’s a dream come true.” 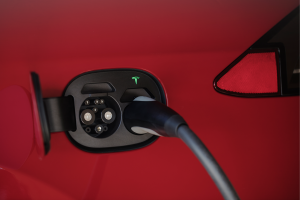 Tesla is squashing reports of further delays and quality issues for its latest and most-affordable sedan.

The report by CNBC stated that Tesla employees are warning of more delays, citing inexperienced workers and technology problems in its Gigafactory in Sparks, Nevada.

Tesla employees say the company was making batteries for its Model 3 vehicles partly by hand as recently as mid-December.

According to current engineers and ex-Tesla employees who worked at the Gigafactory in recent months, Tesla is having to “borrow” scores of employees from Panasonic, which is a partner in the Gigafactory and supplies lithium-ion battery cells, to help with this manual assembly.

Employees also said that quality control workers were not experienced, and two said that some batteries are leaving the factory with a potentially serious defect, a claim that Tesla vigorously denies.

A Tesla spokesperson told CNBC: “Until we reach full production, by definition some elements of the production process will be more manual. This is something Elon Musk and JB Straubel discussed extensively on our Q3 earnings call, and it has no impact on the quality or safety of the batteries we’re producing.” 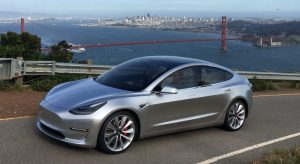 With the production of Tesla Model 3s significantly increasing, more and more early owners are going to used markets.

Last year when Tesla first started to produce the Model 3s, the electric car could reach up to US$150,000 on used markets. At the time only Tesla employees and company insiders could get deliveries.

In recent weeks, several dozen Model 3 vehicles have been making an appearance on eBay and similar platforms.

However, buyers may want to note that used electric car buyers are not eligible for the same tax incentives and rebates that some states and the federal government offer. Some states offer up to US$10,000 in incentives for select buyers.

Fresh drone footage from on top of the Tesla Factory in Fremont, obtained from a ‘Redditor’ darksoldier360 captured a parking lot filled with brand-new Model 3s.

This will come as a welcome relief to Tesla and their fans, following vast shortfalls in the company’s Model 3 production figures to date.

When Elon Musk launched the Model 3, he said that he expected to be building 20,000 units, monthly, by the end of the year.

Yet, by mid-year the master plan had slid to a hope of producing 1,500 in September amid what Tesla called a ‘production bottleneck’. The extent of said bottleneck was underlined when Tesla confirmed that they were only able to produce 260 Model 3s across the whole third quarter.

A fraction of their September goal, let alone that big initial hope of 20,000 a month.

However, as of December 14, the Model 3’s production is at about 5,000 units per week, according to Taiwanese auto component maker Hota Industrial, Hota crafts the gears and axles for Tesla.

Nonetheless, this is a great late Christmas present for Tesla but also for the roughly half a million people worldwide that have pre-ordered the EV. 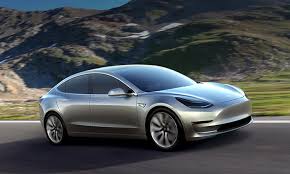 US car maker Tesla has delivered its first 30 Model 3 EVs on Saturday, all ordered by company employees. Chief executive Elon Musk told journalists at the event that the cut-price electric car had over half a million advance registrations.

Musk said building the car would be “quite a challenge”, adding that Tesla is “going to go through at least six months of manufacturing hell.”

The Tesla founder earlier pledged to manufacture 500,000 Model 3 vehicles next year, a sixfold increase in production, meaning that buyers who ordered a car in the US now would likely not see it until the end of 2018.

Deliveries fell short of targets for the first half of this year, which Tesla attributed to production problems for the luxury Model S and Model X vehicles. Musk says the simpler design of the Model 3 will greatly reduce these potential assembly-line problems.

While the company’s share price has jumped 54 per cent since January, placing its market value above both Ford and GM, Tesla is yet to turn a profit. The launch of the Model 3 has cost over $2.7 billion so far, with Tesla twice returning to the capital market to seek funding.

The Model 3 will sell in New Zealand for $66,541, making it one of the cheapest new EVs on the market, with the first deliveries due to arrive in 2019. The car will have a driving range of 355km, with an upgraded 500km-ranged performance option to hit the market next year.

Tesla chief executive Elon Musk has announced that production of the entry-level Model 3 EV would start this week.

“Model 3 passed all regulatory requirements for production two weeks ahead of schedule,” he said on Twitter. “Expecting to complete SN1 [serial number 1] on Friday.”

Musk also said there would be a handover party for the first 30 Model 3 customers on July 28. Production is expected to grow exponentially, from 100 cars in August to 1500 cars in September.

Over 300,000 Model 3 EVs have already been pre-ordered, with prices starting at $48,000. Tesla has opened the order books in New Zealand, with local delivery set for mid-2018.  According to the Ministry of Transport, 168 Tesla EVs have been sold in New Zealand after the company officially launched earlier this year.

While Musk is talking up the arrival of the Model 3 later this year, production for the first six months of 2017 is on the lower end of Tesla’s forecasts. The car maker has delivered 47,100 EVs and SUVs so far this year, just scraping past first-half estimates of 47,000 to 50,000 units.

Tesla said a “severe shortfall” of new battery packs had hamstrung production until June, and deliveries of the Model S sedan and Model X SUV would be significantly higher in the second half of the year.

Shares fell 2.5 per cent to (US)$352.62 following the delivery figures. The company is now the most valuable car maker in the US, with a market value of $80 billion, but still trails behind Volkswagen, which has a market cap of $93.5 billion, and Toyota Motor Corp, which has a cap of $235 billion.

Tesla has confirmed that production of its next car, the Model 3 will begin production in July this year.

This comes alongside the manufacturer’s first-quarter earnings announcement where year-to date capital expenditures should be over $2 billion by the time the Model 3 begins production. The vehicle will cost approximately US $35,000. The company plans to have between 47,000 and 50,000 deliveries by the first half of the year.

“Model 3 will be our newest car, it isn’t “Version 3” or the next generation Tesla. Our higher priced premium models still include the most advanced technology and the best driving experience we have to offer,” the company says in a statement on its website.

According to the website, the Model 3 is smaller, simpler, and will come with far fewer options than Model S. “but it makes driving feel effortless and offers a good range of at least 215 miles for our starting model.”

In the month of April, Tesla’s stock price meant that the company was valued higher than Ford, with the company worth more than $50 billion dollars at the time this article was written.

“Moving past Q2, particularly as Model 3 becomes available, one of our challenges will be to eliminate any misperception about the differences between Model S and Model 3,” it was stated in a recent press release.