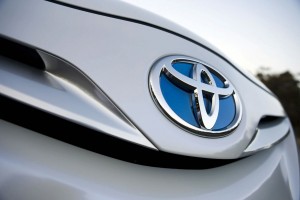 To enable the new efforts at TRI-AD, Toyota Motor Corporation, Aisin Seiki Co., and Denso Corporation have concluded a memorandum of understanding on joint development of fully-integrated, production-quality software for automated driving.

The company is set to launch this month and will be headquartered in Toyota’s native Tokyo with operations around the world. Together, TMC, Aisin and Denso plan to invest more than NZ$4 billion in TRI-AD.

It’s expected to employ about 1,000 workers and will be headed by James Kuffner, who currently serves as the chief technology officer of Toyota’s U.S. research division.

The primary focus of the company is primarily on developing the software components necessary for autonomous vehicles.

“This company’s mission is to accelerate software development in a more effective and disruptive way, by augmenting the Toyota Group’s capability through the hiring of world-class software engineers. We will recruit globally, and I am thrilled to lead this effort.”

However, even with NZ$4 billion entirely for self-driving vehicle development, Toyota can expect to face an uphill battle with players such as Uber Technologies Inc. and Alphabet (Google) Inc.’s Waymo are already testing autonomous vehicles on public roads.

To catch up, Toyota may have to partner with one of the several startups that offer autonomous driving software for car manufacturers.