GM to increase focus on EVs 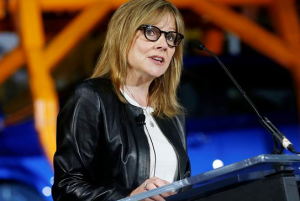 General Motors has said it will combine operations outside of China and North America into a new organization based in Detroit, in an attempt to further scale back its operations that are losing money, and increase their presence in the EV market.

Automotive News reports that GM said it will combine the leadership of its Southeast Asia, India and Oceania operations, with its South American operations, effective January 1 next year. The new company will be led by Barry Engle, currently GM executive vice president and president of GM South America.

On Monday GM outlined plans to add 20 new battery electric and fuel cell vehicles to its global lineup by 2023, financed by robust profits from sales of gasoline-fueled trucks and sport utility vehicles in the United States and China.

“Our strategy (is) to refocus our traditional business operations to free up the resources and financial power needed to really step into the next chapter of the automotive industry,” Stefan Jacoby, executive vice president of GM’s International Operations told Reuters.

GM has shrunk its international operations over the past five years, ceasing manufacturing in Australia and Indonesia entirely, while restructuring its Thai operations. The car maker is also reducing its presence in India.