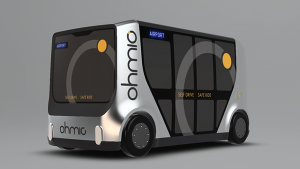 However, the agreement is dependent on SolaSeaDo securing a deal to build a large-scale smart city in Korea. SolaSeaDo is in the advanced stages of securing that contract and will know later this year if it has been successful.

“This is a significant development for Ohmio and a major vote of confidence in what we have developed,” Hikmet said.

The Ohmio LIFT is a 20-person autonomous shuttle that can be extended to carry up to 40-passengers and operates on pre-determined routes without a driver. The offering will provide services similar to a tram, but with “virtual rails” and guided by a range of electronic systems.

Ohmio has been developed by HMI in Auckland, launching the first demonstration in Christchurch last September, using prototype vehicles to showcase the technology of driverless automated shuttles and the robotic technologies that underpin them.

“These first vehicles were to show we had developed the know-how to build an autonomous vehicle,” Hikmet said.

“Since then we have been developing the Ohmio LIFT, a vehicle that we expect will be used in a range of environments such as airports, business parks and central city areas.”

Ohmio’s first sale was to Christchurch International Airport in March.

Samsung announced on Thursday at the Frankfurt Motor Show that is has set up a new business unit to research and develop autonomous driving technologies. It has also created a USD$300 million fund to invest in automotive start-ups and technology.

“It’s time to communicate our intent to enter the autonomous driving market,” Young Sohn, the company’s president and chief strategy officer, told Reuters. “Samsung has been incubating this business for quite a while.”

Sohn says that Samsung’s hugely diverse electronics business, and its recent acquisition of Harman, provides the company with the technical expertise and experience it needs to succeed in the autonomous vehicle market.

The new unit will sit within the connected car business of Harman, an independent subsidiary of Samsung, a spokesman added. 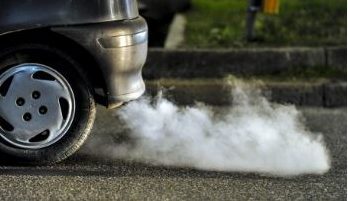 Transport ministry official Koh Sung-woo told Reuters that BMW and Porsche are also being investigated on similar chargers. A spokesman said the probe into Nissan was launched after the ministry filed a criminal complaint.

Nissan Korea reported some “inappropriate problems” in certification documents to authorities in 2016 and said the errors were due to the misconduct of a manager at the company. “We express sincere regret over those issues,” a spokeswoman told Reuters.

Representatives of BMW and Porsche in Seoul claimed the companies had not been notified of the probe.

A South Korean court has ruled against Nissan Motor Co in an emissions case and agreed with government accusations that the carmaker used a defeat device in its Qashqai SUV to cheat emissions tests.

The court said it believed Nissan used the illegal defeat device to deactivate its emissions reduction system in the Qashqai under regular driving, which led to excess emissions of nitrogen oxide. “It is reasonable to believe that the vehicle in this case achieved certification with false and other illegal means,” the ruling stated.

Nissan said the ruling was “regrettable,” and a spokeswoman told Reuters that “there is no change in our stance that we have not used any illegal devices in our vehicles.” The company is considering further action. 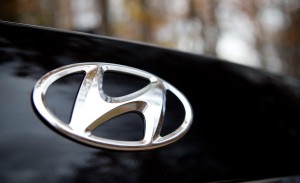 Hyundai Motors failed to meet estimates and posted its lowest quarterly profit in five years, due mainly to the cost of heavy discounts on small sedans and a decrease in sales.

At its peak in 2011, more than 5 per cent of cars sold in the US were a Hyundai, according to Reuters. This was driven by the popularity of the Elantra and Sonata sedans. Recently, however, buyers have been more interested in other small sedans, such as the Honda Civic. The resurgence of SUVs in the wake of low oil prices globally has also hurt Hyundai sales figures.

Zayong Koo, Hyundai vice president in charge of investor relations, cited concerns that President Donald Trump could impose high tariffs on vehicles imported into the US at an earnings call on Wednesday. “We will continuously monitor the policy changes of the Trump government, and minimize its impact on our sales and profitability,” he said.

Last week, the Associated Press reported Hyundai Motors president Chung Jin Haeng announced the company was planning to invest heavily in US manufacturing. He also expressed interest in building the supply of Santa Fe and Tucson SUVs to the US market to capitalise on rising demand.

Hyundai Motor and its affiliates, including Kia Motors Corp, is the fifth-largest car maker globally and has recently struggled to penetrate the American market, with one of the lowest ratios of cars build in the US to cars sold. The company reported a fourth-quarter net profit of $1.2 billion, down 39 per cent from the previous year, and the lowest since the first quarter of 2012. According to Reuters, analysts expected a net profit of $1.8 billion. Shares dropped 3.1 per cent at the news, ending at 142,000 KRW.