Kia to join the EV market 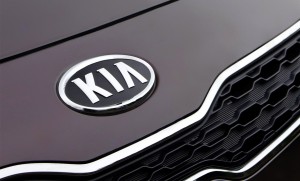 Kia is set to become the next major car company to join the electric vehicle market with the launch of hybrid and plug-in hybrid versions of a small SUV called Niro.

Kia Motors New Zealand has announced that the model will go on sale during the opening quarter of next year, however no prices have been released for the new vehicle

After a ten-month evaluation of the Niro, where the model was reviewed by selected consumers and motoring journalists, a business case was created in order for the vehicle to be sold here in New Zealand.

The Korean built Niro was intended only for the European market, but after a ten-month evaluation of the Niro, where the model was reviewed by selected consumers and motoring journalists, a business case was created in order for the vehicle to be sold here in New Zealand.

Kia claims the Niro is the first dedicated hybrid SUV produced anywhere in the world, built to run on both the power of a petrol engine and an electric motor.

The fuel economy of the hybrid is 3.8L/100km, which was put to the test when driven across the USA where the Niro achieved 3.69L/100km, a world record low for fuel consumption.

The plug-in version is even better, thanks to its larger battery pack and electric motor. Factory figures for the Niro PHEV suggest 1.3L/100km.

The Niro hybrid is powered by a 1.6 litre petrol engine in combination with an electric drive unit.

The new plug-in version of the Niro, which has been released just recently to the international market, has a larger battery pack and can travel up to 40km on batter power alone, with no assistance of its petrol engine.

Kia has been named the highest ranking brand in the JD Power 2017 Initial Quality Study (IQS).

After topping the study in 2016, Kia has made a seven per cent improvement this year with just 72 problems per 100 vehicles, down from 83 in the previous survey.

Kia vehicles topped five individual segments with the Soul named leading Compact Multi-Purpose Vehicle and the Cerato  taking out the Compact Car.  The Cadenza was awarded the Large Car, the Niro hybrid SUV won the Small SUV category and Sorento was named as the top Midsize SUV.

It’s the third year running that the Kia Soul was top of its category, Optima and Sportage finished second in their respective categories.

“This is a stunning endorsement for the quality and reliability of Kia vehicles,” says general manager for Kia Motors New Zealand, Todd McDonald.

“The JD Power IQS study is one of the top automotive benchmarks in the world. Every vehicle manufacturer aspires to do well because it is a true reflection of how well you build vehicles, and support the customers who buy them.

“To improve on the quality score from last year’s impressive result is an extraordinary achievement.”

The study is based on responses from nearly 80,000 purchasers, covering 243 vehicle models across 26 segments. Vehicles were evaluated on driving experience, engine and transmission performance and a broad range of quality problem symptoms reported by vehicle owners.

Kia scored well across the various categories, including the performance and reliability of its infotainment systems, which is an area that has drawn the most complaints from vehicle owners in general over recent years as on-board technology becomes more complex.

Filling out the other places in the top five were Kia’s stablemate, Genesis, in second place, Porsche in third, with Ford and Ram trucks in joint fourth position. Toyota fell from fifth place last year to 14th in the latest study.

New Zealander Travis Cross has been awarded top Service Advisor for the Asia-Pacific region at the 2017 Kia Skill World Cup held in Korea.

Representing New Zealand at the competition, Cross, from Botany Kia, beat out contestants from nine other countries to take the regional title. He was placed 11th out of the 57 global competitors.

“I was surprised to finish first in the region and pretty happy with the result against the rest of the world,” he said.

Service advisors around New Zealand initially applied for the competition. Successful applicants had to complete a 25-question written test exhibiting a broad knowledge of the Kia range and aftersales policies and processes. Five finalists competed to represent New Zealand at the global competition.

The global competition in Seoul included a written and video test and a role-playing exercise over two days.

While in Korea, Cross visited a Kia Motors assembly plant. “That was very impressive – we got to see Optima and Cerato being built,” he said.

It’s the second year in a row that a Kiwi has taken out a regional title at the Kia Skill World Cup. Last year, Brian Cockerton from Giltrap North Shore topped his region in the Service Technician division of the contest.

“It’s a uncompromising test of individual knowledge and interpersonal skills of the Kia Service Advisor, and to reach the world finals, then come away as the best in the Asia/Pacific region, is a great achievement for Travis.”