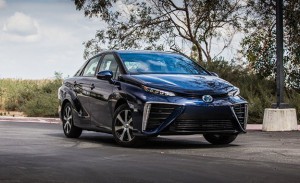 “From our success in launching the Mirai to our work in building the world’s first megawatt-scale carbonate fuel cell power generation plant, Toyota is proud to bring to market new uses for this versatile technology.”

The Toyota Mirai is a hydrogen fuel cell vehicle, one of the first such vehicles to be sold commercially.

To help further the adoption of fuel-cell vehicles, Toyota remains committed to supporting the development of a hydrogen refueling network.

Toyota has also teamed up with Air Liquide, to set up a network of 12 hydrogen fueling stations between New York and Boston, with the first station expected to launch in Boston later this year. 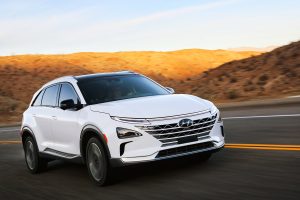 The Nexo – Hyundai’s newest practical hydrogen fuel cell car – made its debut on Monday during the Hyundai’s press conference at CES 2018.

“Yet as another result of this earth-saving effort, today, I am so proud to introduce to you our second-generation Fuel Cell Electric Vehicle which is a culmination of our cutting-edge technologies.”

The Nexo picks up from where the Tucson FCEV left of. The Tuscon was Hyundai’s first attempt at a mass-produced hydrogen-powered vehicle that was available for customers to lease. The Nexo has similar proportions to the current Tucson compact SUV, but it has been built with a fuel cell in mind, meaning the structure is lighter and accommodates the hydrogen fuel tanks in a more strategic layout.

The result is a SUV that is 20 per cent quicker than the Tucson and can reach 100km/h in 9.6 seconds.

The Hyundai NEXO has a claimed range of around 600km — 30 per cent more than the Tucson FCEV (425km) and also more than the Tesla Model S’s circa-500km range. However, Hyundai sources insist 800km has been achieved in regular testing.

Unlike battery electric cars, which can take hours to charge, refuelling the hydrogen fuel-cell car’s pressurised tank takes only slightly longer than it does to fill a petrol or diesel vehicle – Hyundai says it’s around five minutes.

Prices for the car are yet to be revealed but will likely be revealed shortly before the car goes on sale later this year. 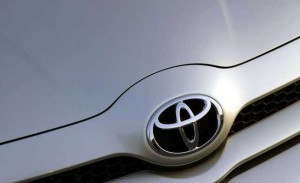 Just as most of the industry is pushing for electric vehicles in order to reduce auto emissions, Toyota is banking on hydrogen fuel cells as its zero-emission option.

Toyota believes that hydrogen is a more practical energy source due to batteries being only suitable for short urban commutes.

Out of the approximately 10 million vehicles Toyota sells around the world, only 4,000 fuel-celled Toyota Mirai have been sold since late 2014, with roughly half being sold outside of Japan.

Hydrogen fuel cells don’t suffer from the EVs’ main drawback of limited range. Although, the Tesla Model S can go about 480 kilometres on a single charge, but this isn’t the norm, standard EVs usually run out of charge a lot quicker.

“Hydrogen doesn’t exist in the natural world on its own, but you can create hydrogen from various materials,” he said.

A fuel cell mixes hydrogen with the oxygen in the air to generate electricity that can power a motor. Ultimately, the idea is to convert energy from renewables like wind and solar power into hydrogen.

Unlike a gas-powered internal combustion engine, the only byproducts from a fuel cell are electricity, heat and water. There are no emissions of pollutants that can cause global warming.

Executives announced the partnership at a conference in Tokyo over the weekend.

Japanese rivals Toyota and Mazda have announced they will join forces to build a $2.2 billion electric car factory in the US.

Toyota has also announced a plan to take a five per cent share of Mazda Motor Corp as part of the new joint venture.

The plant will be capable of producing 300,000 vehicles a year, executives told journalists at a news conference in Tokyo, and will employ approximately 4,000 people. Vehicle production is slated to begin in 2021.

Reuters reports that future EVs will include a Toyota Corolla and a Mazda crossover utility vehicle.

“There will be new rivals appearing – Apple, Google – these are IT companies, we also need to compete with them too,” said Toyota president Akio Toyoda.

Toyoda said that the development of electric vehicles and alternative energy, which he has been overseeing in the company since last year, was different than traditional combustion engines.

“There are no nautical charts for us to follow,” he added. “It’s without precedent.”

Toyota has previously set a goal for all vehicles to be zero emission by 2050. Until now, the top-selling car maker has been investing heavily in hydrogen fuel-cell vehicles over EVs, which it said are best suited for short-distance commuting.

Toyota and Mazda are the two of the top-selling passenger car brands in New Zealand, taking out first and third place respectively in both new and used passenger vehicle sales last month.

A future mass-produced Toyota EV would cause a storm amongst electric Kiwi drivers; the major electric-powered Toyota model currently on the market, the Prius, was New Zealand’s top-selling hybrid and eighth highest-selling used vehicle overall in July.

Daimler to wind down fuel-cell research

The head of Daimler AG, Dieter Zetsche, said at an automotive conference in Stuttgart, Germany that hydrogen fuel cells are no longer a major part of future research and development plans for the company.

According to engineering news site Smart2Zero, Zetsche told the summit that declining battery costs have made fuel cells uncompetitive in the growing EV market.

Last week, Zetsche announced at the annual shareholder’s meeting a $15 billion cash injection into its EV development fund and detailed plans to roll out 10 new EV models by 2022, including a Mercedes-Benz S-Class plug-in hybrid.

Zetche’s twin announcements suggest the 2013 agreement between Ford, Daimler and Renault-Nissan to jointly develop fuel-cell technology could be winding down. The process of manufacturing liquid hydrogen to power fuel-cell vehicles is extremely energy-intensive, and the recent development of long-range electric batteries have rendered the chief advantage of hydrogen fuel-cells over other alternative energy sources moot.

GM and Honda to produce a hydrogen fuel cell 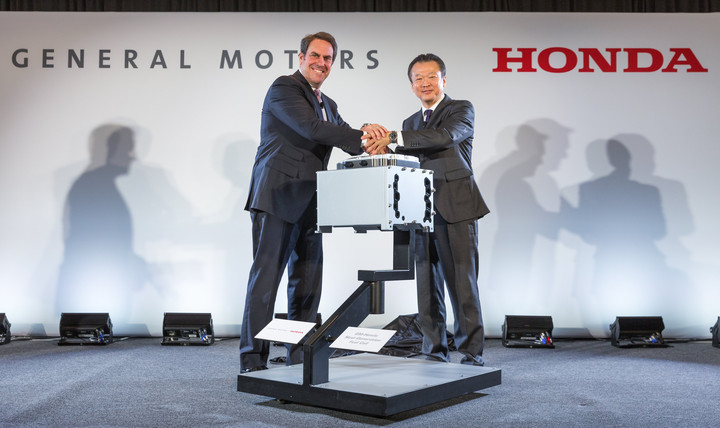 Honda Motor Co Ltd has announced it will jointly produce pollution-free hydrogen fuel-cell power systems with General Motors Co from around 2020. At a press conference in Detroit, GM executive Mark Reuss said the fuel cells could be used in autonomous vehicles as well by ride-sharing companies such as Lyft.

Honda said fuel cell vehicle development is a vital component to its goal of new-energy cars making up two-thirds of its line-up by 2030, which is currently at 5 per cent, according to Reuters.

Both companies have produced hydrogen fuel-cell cars in the past. Honda first launched the Clarity in Japan last autumn at a cost of $95,820. The car has a fuel economy rating of 3.4 litres per 100km. Just 118 have been produced so far, with the hydrogen cell currently manufactured in Japan. Production will eventually shift to the US. Last October, GM unveiled the Chevrolet Colorado ZH2, a pickup truck test vehicle designed for the US military.

Honda and GM have been working together after announcing a collaboration agreement in July 2013, when the car manufacturers integrated their development teams and shared hydrogen fuel cell intellectual property. “Over the past three years, engineers from Honda and GM have been working as one team with each company providing know-how from its unique expertise,” said Toshiaki Mikoshiba, chief operating officer of the North American region for Honda, in a statement.

The venture will be overseen by a board of directors that includes three executives from each company and a rotating chairperson and president. Fuel Cell System Manufacturing will operate within GM’s existing battery pack manufacturing facility in Brownstown, Michigan. Both companies are making equal investments of $116 million in the project.