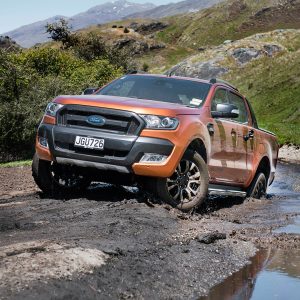 “It’s a fantastic result for the Ford Ranger – third year in a row as NZ’s overall best-selling vehicle. We’d first of all like to thank our customers for choosing Ford, our great dealer network and of course the engineers that built such a good truck,” said Simon Rutherford, Managing Director Ford New Zealand.

“The engineers certainly continue to get recipe right with the Ranger. Then again they’re from the same company that built the F-150 and that truck is going on its 43rd year at number one. Ford does know a thing or two about making great trucks.”

They love their Ford Ranger because it’s a great all-round ute with outstanding driving capability and towing capacity – being the best-seller wasn’t necessarily a factor.

“Being the number one ute certainly gets us excited but for customers it’s more about overall performance, capability and being the best ute for what their lifestyle entails,” said Jeremy Nash, Marketing Manager, Ford New Zealand.

“Overwhelmingly, Ranger drivers love the outdoors. Almost 75 per cent of Ranger customers cited fishing, boating, hunting and general outdoor adventures as among their favourite interests and the Ranger was the best match for those interests.”

The third most popular reason customers chose the Ranger was that it also suited their families, which made the 5 Star Safety rating an important requirement.

“If you took even a brief look around on our roads over Christmas, you would have seen countless ways the Ranger is out there supporting the Kiwi lifestyle – fishing, boating, family road trips, and every other outdoor adventure. That’s what has made the Ranger the Kiwi favourite,” added Nash. 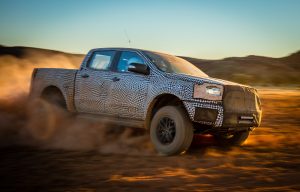 New Zealand’s best-selling car will be produced in an off-road performance variant for the first time.

Teaser image of the Raptor.

Ford says the Raptor is designed and engineered to deliver an adrenaline pumping experience.

Though the Toyota Hilux managed to knock the Ford Ranger off the top spot for the best-selling commercial model last August, it remains the top model overall in New Zealand with 6,320 registrations year to date. 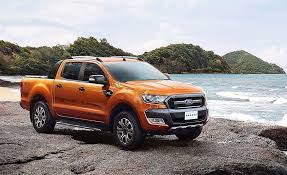 Sales of the Ford Ranger have increased a massive 21 per cent in Asia Pacific thanks to half-year sales records in Australia and New Zealand.

Ford said the record was driven by high Australian sales, which rose 19 per cent to 21,638 vehicles. Sales also increased in other markets across Asia-Pacific – New Zealand sales in the first half of the year rose 24 per cent to a record volume of 4,980 vehicles, and the Ranger remains the highest-selling new vehicle overall in the country.

The fastest-growing market was in Thailand, where sales jumped 51 per cent to 20,230 vehicles and a market share of 11.7 per cent. In the Philippines, year-on-year sales rose 16 per cent to 4,596 vehicles, another record, where it held 25 per cent of the market segment.

Sales held steady in Vietnam, up two per cent to 6,985. This growth may lag behind other Asia-Pacific nations, but with a 57 per cent segment share, it’s difficult to see how much further the Ranger could expand into the Vietnamese vehicle market.

In other markets, including Taiwan, Cambodia and New Caledonia, the Ranger was also the top-selling ute for the first half of the year.

“Demand for Ford Ranger continues to rise as consumer needs evolve towards a versatile vehicle that can be used for both work and play,” said Graeme Whickman, President and CEO of Ford Australia, adding that “we expect demand will continue to rise.”

Ford CFO Bob Shanks has told investors that the company expects a lower earnings share and pre-tax profit in the first quarter, due to higher spending on commodities, investments and warranties, and a drop in sales volumes, particularly fleet sales.

“We believe Ford’s announcement today is the initial confirmation of our investment thesis that pricing is deteriorating in North America and in select international markets, particularly China,” Buckingham Research Group analyst Joseph Amaturo said, according to Reuters.

This will “cause earnings and cash flow for Ford and GM GM.M to deteriorate and fall short of investor expectations and more importantly company guidance,” he added.

Sales of new Ford vehicles in New Zealand in the last three months have wavered, partially due to seasonal changes. Sales of commercial vehicles dropped 12.3 per cent and passenger cars dropped 2.73 in December.

Commercial figures are buoyed by the ongoing popularity of the Ford Ranger, which has a 19 per cent market share of commercial sales so far this year. The Rav4 and Escape SUVs –  the market segment coveted by Shanks – were the highest-performing passenger vehicles for Ford showing the taste for larger vehicles is extending beyond the U.S.