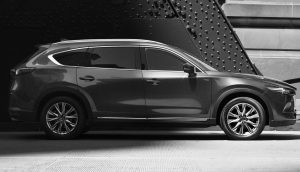 Mazda has taken the covers off the next-generation CX-8 crossover SUV, which will debut in Japan later this year.

A 2.2-litre clean diesel engine will power the CX-8, matched to a six-speed automatic transmission.

The new crossover will feature seven seats across three rows, and Mazda promises even adults comfortably can sit in the back.

The CX-8 is the flagship model in the Japanese line-up, the car maker says, with careful consideration taken with colours and materials.

The vehicle is slightly smaller than the CX-9, which is produced for the international market, with a 2.93m wheelbase. Overall the CX-8 stands at 4.9m long, 1.84m wide and 1.73m tall. 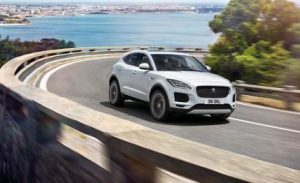 The new E-PACE SUV has been unveiled by Jaguar, with a New Zealand launch date of April.

The E-PACE debut follows the F-PACE performance SUV and the I-PACE electric concept, and Jaguar promises it will be one of the most connected vehicles in its class, featuring a next-generation touchscreen infotainment system with app functionality, four 12-volt charging points, five USB connections and a 4G Wi-Fi hotspot.

Five different powertrains feature across the range with both petrol and diesel options. The four-cylinder 2.0-litre diesel line-up comes with the choice of 110kW and 380Nm, 132kW and 430Nm and 180kW and 500Nm engines, while the 2.0-litre turbo petrol engine comes either with 183kW and 365Nm or 220kW and 400Nm, which is electronically limited to speed of 243km/h.

All engines come with the latest-generation nine-speed automatic transmission as standard, and the 110kW and 132kW diesel options are also available with a six-speed manual transmission.

The camera also assists the E-PACE’s blind-spot assist function for multi-lane roads, and a new forward-traffic detection system will warn drivers of approaching vehicles in times of restricted visibility.

Four driving modes which alter vehicle specifications according to conditions and preference are available – Normal, Dynamic, ECO, and Rain Ice and Snow.

The E-PACE is also the first vehicle from Jaguar to be built outside its home market. The compact SUV will be manufactured in Austria and China, with the three British Jaguar Land Rover plants either at or near manufacturing capacity.

New Zealanders can expect an arrival in April, with prices to be confirmed. 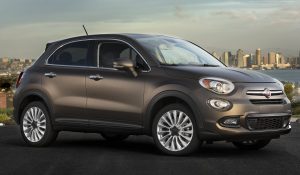 Fiat is celebrating the 60th birthday of its original 500 in New Zealand with the launch of its new 500X crossover.

The larger 500X Pop sits on a new platform and is 700mm longer, 122mm wider and 110mm taller than the 500 ‘Bambino,’ with four doors and a wide-opening rear hatch. Rear luggage capacity expands to 1000 litres with the rear seats folded down.

The new crossover contains a 1.4-litre engine that puts out 103kW of power and 230Nm of torque, matched to a six-speed manual transmission. One step up, the 500X Pop Star contains a dual-clutch automatic transmission attached to the same engine.

The Pop Star upgrade contains a ‘Mood Selector’ drive system, where drivers can choose between three different driving modes – auto, sport and all-weather – and the vehicle will adjust the engine, brakes, steering and transmission to adjust to driving conditions.

All variants of the 500X have been given a five-star ANCAP safety rating, and contain six airbags – front, window and side. Driver assistance features include electronic stability control, ABS brakes, traction control, tyre-pressure monitoring system, and electronic brake-force distribution.