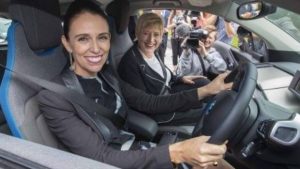 The Council, the Ara Institute, Aurecon, Beca, the Canterbury District Health Board, Chapman Tripp, Christchurch International Airport, Environment Canterbury, Jacobs, Meridian Energy, Tonkin and Taylor, and Warren and Mahoney are the foundation members of the scheme, which is being run for them by Yoogo Share.

From today other Christchurch businesses and the public can access the battery electric vehicles in the service’s fleet.

Yoogo Share will see a pure EV fleet of 100 cars, ten hubs and 100 chargers made available around Christchurch. Twelve key businesses with 3,000 drivers are already working with the Yoogo Share cars, removing 115 combustion engine vehicles from their fleets.

Mayor Lianne Dalziel says she is proud that Christchurch is the first city in New Zealand, and one of the few cities internationally, that has a battery electric car sharing service.

“Our purpose here today may not have been in any blueprint, but it is as much a part of our regeneration as is any project that was envisaged. It is about who we are as a city – New Zealand’s 21st century Garden City putting sustainability to the fore.

“This service will deliver improved environmental and health outcomes and help the Council achieve its goal of becoming carbon neutral by 2030,” the Mayor says.

“It’s a smart and sustainable way for businesses and for local residents to get around town and I’m excited to see the service grow. This is way of the future.’’

Prime Minister Ardern says encouraging the use of electric vehicles is an important part of the Government’s plan for New Zealand to become carbon neutral by 2050.

“It’s great we could help Christchurch lead the way with this innovative car sharing scheme,’’ she says.

Yoogo Share General Manager Kirsten Corson says the company is looking forward to opening up the car share service to the public.

In April, further hubs will be added at The Crossing car park, the Ara Institute, Canterbury University, Papanui and Fendalton libraries, and the Lyttelton Community Centre.

“This is an exciting new transport service powered by electricity that is largely generated from renewable energy,’’ says Kevin Crutchley, the Council’s Resource Efficiency Manager and project manager for the scheme.

“The result is a service with zero tail pipe emissions that will both reduce our city’s greenhouse gas emissions and improve air quality, which will have positive health benefits for the residents of Christchurch,’’ he says.

The Christchurch Agency for Energy Trust was a foundation funding supporter for the service, providing a grant towards the electrical and charging infrastructure for the hub roll-out.

The Energy Efficiency and Conservation Authority has provided funding towards stage two of the service through its Low Emission Vehicles contestable fund. 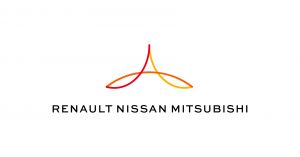 Renault-Nissan-Mitsubishi and Didi Chuxing (DiDi), the leading Chinese mobile transportation platform, have signed a memorandum of understanding (MOU) to explore a new electric vehicle car-sharing program in the People’s Republic of China.

The MOU signed with DiDi underlines the commitment to new mobility services at the Alliance, including the launch of robo-vehicle ride-hailing services, as part of the Alliance 2022 strategic midterm plan launched last year by Renault-Nissan-Mitsubishi.

Ogi Redzic, senior vice president of Connected Vehicles and Mobility Services for Renault-Nissan-Mitsubishi, said: “The potential business and technology opportunities that we will explore with DiDi are quite promising. This cooperation fits with the Alliance expansion in vehicle electrification, autonomy, connectivity and new mobility services.”

Chen Ting, General Manager for the Express Mobility Group of DiDi Chuxing, said: “Strategic partnerships with the world’s leading industry players like Renault-Nissan-Mitsubishi will enable us to pool our strengths and resources to meet diversified mobility demands and create an open, sharing-based transportation ecosystem, as we innovate vehicles for a future of ridesharing, AI technology and new energy.”

Under the Alliance 2022 strategic plan, Renault-Nissan-Mitsubishi is forecasting that the combined revenues of its member companies will reach $240 billion and that annual unit sales will exceed 14 million by the end of 2022, compared with 10.6 million units sold by its member companies in 2017. 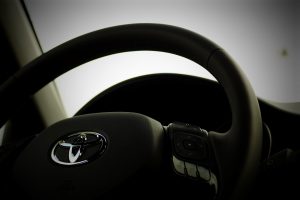 The creation of the new company is to provide new mobility services in anticipation for the increasing demand of such services.

In its announcement, Toyota was aware of customers’ diversifying needs, which not only includes conventional vehicle ownership, but also the growing need for shared utilisation via as car sharing, in which people use things only whenever the service is needed.

Ultimately, Toyota’s goal is to become “the leading company of a mobility society” by developing and offering mobility services geared for a connected society.

“Many corporations operating across Japan are based in Tokyo, where the earliest expansion of the mobility service society is expected to occur,” the release said.

“Consequently, Toyota plans to establish the new company there in order to quickly and flexibly respond to changing uses and needs for cars in this once-in-a-century revolutionary period in the automobile industry.”