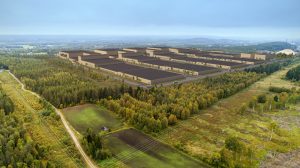 Northvolt, a company founded by two former Tesla executives who broke out on their own to build a battery factory in Europe, seems to be in full motion.

On Monday, Northvolt secured a NZ$89.1 million loan from the European Union’s investment bank to build a demonstration battery line for its own battery factory.

It’s the first step towards building the largest lithium-ion battery factory in Europe.

Ambroise Fayolle, vice-president of the EIB, commented: “The Bank is fulfilling one of its main purposes by supporting this type of research and development in Europe. With the growing momentum of clean energy and electric mobility, batteries will become ever more important. Europe is currently lagging behind when it comes to battery manufacturing and this highly innovative and strategic project deserves European backing to fill that gap.”

“Northvolt’s objective is to build the world’s greenest battery to enable the transition. With the support from the European Investment Bank and the European Union, we are now one step closer to establishing a competitive European battery manufacturing value chain.”

The high costs of batteries means electric cars are still only a niche product, but regulatory action to reduce emissions combined with incentives to make electric cars more affordable has spurred significant investment.

Once the factory is completed, it will be Europe’s largest battery factory and produce 32 GWh worth of battery capacity annually.

Toyota and Panasonic to partner 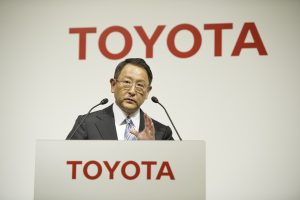 Toyota and Panasonic are partnering in a feasibility of study to develop battery technology for electric cars, or a “joint automotive prismatic battery business.”

The move by the Japanese car maker signals not only a deeper push into battery development but an encroachment on to rival Tesla’s territory.

The joint announcement on Wednesday builds on an existing agreement under which Panasonic, a global market leader for lithium-ion batteries, develops and builds batteries for Toyota’s petrol-electric and plug-in hybrid vehicles.

Akio Toyoda, Toyota’s president, and Kazuhiro Tsuga, his counterpart at Panasonic, announced the companies would look at joining forces to speed up commercialisation of next-generation battery technologies.

Signing of partnership agreement between Panasonic and Toyota – Toyota Newsroom

If Toyota succeeds in commercialising solid-state batteries then it would go a long way to securing Panasonic’s industry leading position. It is currently the main supplier of electric batteries to Tesla.

“The auto industry faces many hurdles to developing next-generation batteries which are difficult for automakers or battery makers to tackle on their own,” Toyota President Akio Toyoda said at a joint news conference.

“It would be difficult for us to meet our 2030 goals given the current pace of battery development. That’s why we’re looking to Panasonic and other companies to help us develop ever-better cars and batteries.”

While Toyota continues to pursue hydrogen vehicles, the car maker is now focused on electric car pursuits after recognising that it was falling behind on the EV technology despite its early hybrid leadership with the Prius sedan.

“Our cylindrical batteries are the most widely used batteries in pure EVs at the moment,” said Panasonic President Kazuhiro Tsuga.

“But when you look at the future, it’s difficult to gauge which format holds more demand potential.”

“We need to be able to develop new battery technologies in a prismatic format, and this would be difficult on our own.” 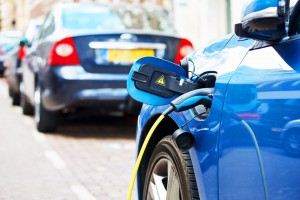 Battery prices need to drop by more than half in order for EVs to compete with cars powered by internal-combustion engines.

This is the latest from the two-day Future of Energy summit in Shanghai, where it’s been announced that this will only happen by 2026 when lithium-ion battery packs are projected to fall to about $100 per kilowatt.

The focus of the industry until then is to move from lithium-ion batteries using liquid electrolytes to solid-state ones. The move suggests the need for safer and more powerful energy storage.

Toyota Motor Corp. has said it’s working to commercialise the technology in the early 2020s, and Dyson Ltd. says it will build an electric car using solid-state batteries in three years.

Dyson is planning on investing nearly two billion New Zealand dollars to develop the car, plus the same sum to create solid-state batteries for it. That investment would outpace those made by other major EV players such as Tesla Inc.

Panasonic Corp. of Japan, BYD Co. of China and South Korea’s LG Chem Ltd. are the top manufacturers of lithium-ion batteries for EVs. Shares in companies such as lithium-salt maker Stella Chemifa Corp. and Sociedad Quimica y Minera de Chile SA, which mines chemicals including lithium, are on the rise.

As demand rises for metals used in batteries, beneficiaries include companies such as Japan’s Tanaka Chemical Corp., which manufactures and sells components for the storage devices.

Honda EVs to charge in 15 minutes 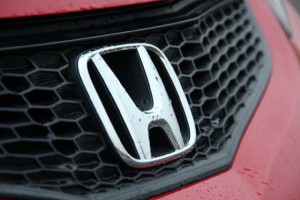 One of the biggest hurdles to the expansion of the electric vehicle market is the time needed to recharge electric batteries in comparison to filling up the gas tank.

According to Nikkei, Honda claims it will have EVs capable of a full charge in just 15 minutes by 2022.

Honda currently sources batteries for plug-in hybrids from Panasonic and is looking for a partner to collaborate with on its new, quick charging battery.

Honda is also engineering lighter bodies that are able to go farther on a single battery charge to reduce the anxiety that’s been occurring since the introduction of EVs.

Currently, the fastest quick chargers are able to charge an EV battery to about 80 percent in roughly 30 minutes. While this is good, it is not enough to establish widespread acceptance of electric vehicles with drivers who are used to the convenience of  filling fuel tanks for internal combustion engines in five minutes anywhere in the world’s massive network of gas stations. 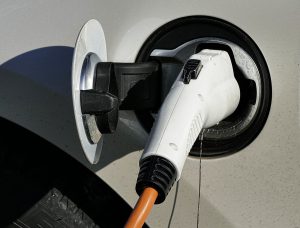 Demand for these materials is expected to increase exponentially as automakers embrace the EV wave.

However, supporters of EVs argue that developers need to ensure they are affordable for the mass market, and that they are made with strong and lightweight materials.

“The risk of running into bottlenecks in raw material supply is increasing because demand is growing faster than production capacity,” Matthias Wachter, head of security and raw materials at the BDI was quoted as saying by Sunday paper Welt am Sonntag.

“Without sufficient supplies for instance of cobalt, graphite, lithium or manganese there won’t be any future technology ‘made in Germany,'” he said. 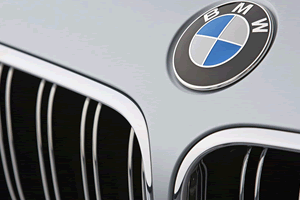 BMW to invest in a battery cell expertise centre, the German luxury carmaker said on Friday. BMW plans to invest 200 million euros into the new competence centre over the next four years.

The electric BMW i3

The new facility is described as a multi-discipline technical centre which will be tasked with developing the design, packaging, chemical formulations, charging and power delivery characteristics of BMW’s future electric vehicles.

As part of BMW’s strategic outline, electrification is set to play a pivotal part in the company’s future alongside digitalisation and autonomous technology.

Despite the investment in the new Competence Centre For Battery Cells, the facility will be a research and development centre only, with battery production to be contracted to outside suppliers who will produce powertrain systems to BMW specifications.

“We will be concentrating all our in-house expertise along the battery-cell value chain at our new high-tech competence centre,” Klaus Froehlich, head of development for BMW Group said.

“International experts working in the new development labs and facilities will conduct important research to refine cell chemistry and cell design. We will focus on further improvements in battery performance, lifespan, safety, charging and also costs. We will set the benchmark for the industry.”

“By producing battery-cell prototypes, we can analyse and fully understand the cell’s value-creation processes. With this build-to-print expertise, we can enable potential suppliers to produce cells to our specifications,” BMW board member Oliver Zipse said.

“The knowledge we gain is very important to us, regardless of whether we produce the battery cells ourselves, or not.” 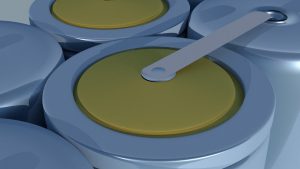 The Global Lithium-Ion Battery Market is expected to reach $46.21 billion by 2022, according to a report by Allied Market Research.

Lithium-ion batteries are rechargeable batteries with high energy density and are mainly used in portable equipment.

The report reports that the market for these batteries is expected to reach significant growth due to the increasing demand for electric vehicles.

The increasing popularity of lithium is largely to do with technologically innovating companies. Tesla is a prime example who plays a major role in the lithium industry.

Recently an agreement between the Australian Government and Tesla was made, whereby Tesla will build the world’s largest lithium-ion battery to store renewable energy in South Australia.

Tesla’s CEO, Elon Musk, explained how the battery will work and its benefits.

The massive demand for global lithium is already sending shocks throughout industries. There are already expectations of a significant shortfall in the very near future.

To answer the heavy demand, lithium companies are increasing their production capacities and searching for new sources of lithium. This includes a number of early stage lithium mining companies who are using the market’s momentum to advance more quickly toward production. 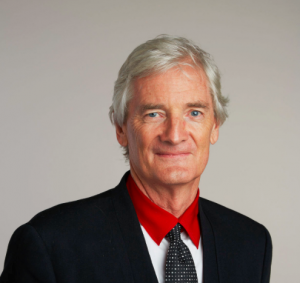 Dyson has begun work on a battery electric vehicle, due to be launched by 2020.

James Dyson, inventor and founder of Dyson Limited, says it has long remained his ambition to find a solution to the global problem of air pollution.

“We’ve started building an exceptional team that combines top Dyson engineers with talented individuals from the automotive industry. The team is already over 400 strong, and we are recruiting aggressively. I’m committed to investing £2bn on this endeavour.

“Competition for new technology in the automotive industry is fierce and we must do everything we can to keep the specifics of our vehicle confidential,” he says.

In London, nearly 9,500 people die early each year due to long-term exposure to air pollution according to a study carried out by researchers at King’s College London. The World Health Organisation reports “in 2012 around 7 million people died – one in eight of total global deaths – as a result of air pollution exposure”.

“It is our obligation to offer a solution to the world’s largest single environmental risk,” Dyson says.