Zeanz Cloud Solutions have announced a termination date for their services, which could impact dealerships that use them for their online hosting services.

The Tauranga based company, is a custom online application development for the automotive industry, and is used by some of the main players in the dealership sphere for managing sales, marketing, customer service and support.

Zeanz will stop providing telephone support for clients on April 30. They will, however, continue to provide Hosting services until June 30th as they attempt to find alternative support options. Limited email support will be available until the 15th of June. 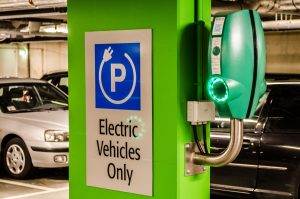 Electric vehicles (EVs) could be jeopardising the future of New Zealand’s highways.

Barney Irvine, the principal adviser for the Automobile Association of New Zealand, has issued a warning that the increasing uptake of EVs in the country could threaten the funding needed to maintain and develop the national road infrastructure.

“As the number of EVs on the roads goes up and as petrol engines become more efficient we’re going to see a big hole emerging in the fuel tax take, so it’s a really big concern.”

Currently, the maintenance, upgrades, development, and police enforcement of the national highway system is funded from the National Land Transport Fund.

The money used in the fund is derived from the tax levied on the sale of petrol, with approximately NZD 0.50 per litre being diverted to the fund.

Diesel cars also contribute to the fund via an annual tax bill levied at a rate of approximately NZD 0.06 per kilometre driven, as diesel is not subject to the same taxes as petrol.

EVs are currently exempt from the road user charges faced by diesel cars, and they will remain exempt until electric vehicles make up 2 per cent of the national fleet. The 2 per cent threshold is expected to be reached in approximately 2021.

“The exemption is scheduled to be lifted in 2021 which means EV’s will be required to pay road user charges but that won’t solve the issue of vehicles in general becoming more fuel efficient, we’ll still have the problem of the hole in the fuel excise system and the fact is that the fuel excise is the main way that we pay for our transport system and we need to make sure that the system continues to work,” said Irvine.

However, the Ministry of Transport’s principal advisor, Brent Lewers insists there is no cause for concern, adding that the lost revenue will be only a fraction of the country’s total income generated through fuel excise and road-user charges.

“It’s going to balance out, EVs will start paying at the same rate that small diesel vehicles do now and that’s about six cents per kilometre. Broadly people switching between petrol vehicles and non-petrol vehicles doesn’t make any significant difference the numbers are set so that it all comes out to be about the same,” Lewers said.

“At the moment petrol and vehicle users are subsidising EV users, that was part of the electric vehicle set of initiatives that the government announced in May of 2016 which was designed to encourage people to buy more EVs.”