DriveShare – the AirBnB of Classic Cars 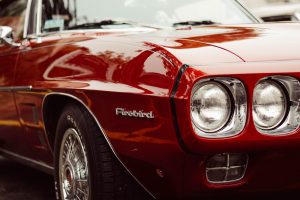 Want to drive an old 911 this weekend? A DeLorean? Or a Pontiac GTO? DriveShare is the app for you.

Recently launched by Hagerty, the DriveShare app has modelled itself as the “AirBnB of vintage cars.”

If you’re an owner you can set a price and stipulations for people to rent your vehicle, and if you’re looking to spend a day or two with something special you simply enter your location and peruse the 600 cars offered.

The database is searchable by geographic location, category of car (hot rod, classic car or muscle car, for example), price and special features.

With cars like Ford Mustangs, Porsche 911s, Ferraris, Lamborghinis and even a Zimmer Golden Spirit in its database, motoring fans are likely to be in car heaven when it comes to using DriveShare.

“We think this might be the future of the vintage-car world,” Hagerty Chief Executive McKeel Hagerty said to the Los Angeles Times.

The median DriveShare transaction rate is $275 a day, with prices based on the age, rarity and condition of each vehicle.

Hagerty is providing insurance up to $1 million, comprehensive roadside assistance, and it has a screening process for each member before any keys change hands. 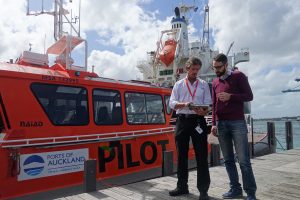 Maritime pilots guide ships safely into harbours all around the world. Their job requires them to get on and off moving cargo ships via rope ladder, a situation that can be both demanding and risky.

The LWA app uses VR to safely simulate the above situation.

“We believe virtual reality training will become an industry standard in the very near future. It provides a risk-free way to prepare trainee pilots for the tasks they will need to undertake during their job and can also efficiently vet out those who may not be cut out for the role.”

“We understand there are no solutions like this anywhere in the world using virtual reality headsets. Our simulation is targeting the ‘embarkation training’, which is the physical process of safely maneuvering outside the pilot boat and climbing a nine metre ladder to board the ship, while both the pilot boat and ship are under way.”

“Some ports overseas use ship bridge simulators, which are very costly to set up or hire. We are using a highly cost-effective virtual reality training system which requires minimal physical space and is portable. We can see this disrupting bridge simulation in future.”

Ports of Auckland Senior Pilot John Barker says they are always looking for ways to do more with less.LWA’s most recent venture was another app for the Ports of Auckland that increased efficiency and reduced human error by consolidating multiple processes into a single app highlighting ship schedules, tidal calculations and manoeuvre drawings.

The Ports of Auckland has about 1500 shipping arrivals a year.

The world-first VR app aims to be live by early next year.

ANCAP releases its own safety app 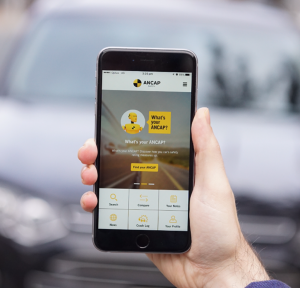 ANCAP will officially launch a new app tomorrow that will provide users with an up to date, in hand tool that can be easily used to compare vehicles safety information.

While the official launch is tomorrow, the app is free and available to download now on iOS and Android.

A screenshot of the app comparing three different models.

The app has been developed to provide a new mechanism for consumers to access ANCAP safety rating information in the lead-up to a vehicle purchase, as well as provide additional safety-related content and features to see the safer vehicles conversation continue post-purchase.

Users will be able to select from a wide range of the most commonly available models, and compare up to three different cars at once.

The app has been developed in collaboration with the NZTA, AA New Zealand and a number of Australian road safety and automotive agencies.

“The road toll is increasing so we must work harder and do more to see this reversed. The ‘ANCAP Safety’ app will assist consumers make safer vehicle choices in an effort to reduce road trauma,” the agency said in a statement today.

ANCAP is Australasia’s leading independent vehicle safety advocate and provides consumers with advice and information on the vehicle safety. 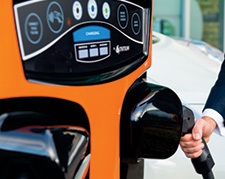 Vector chief executive Simon Mackenzie says there are currently 126 charging locations on the app – across the country from Kawakawa to Invercargill.

“Our Auckland-based app has really taken off since its launch in September. As more EV chargers pop up around the country there’s a real appetite to get all their details in one accessible place. So we’ve invited other EV charging operators on-board to make it happen,” says Mackenzie.

“New Zealand’s network of EV chargers is growing but is still sparse in many parts, especially when compared with petrol stations. This will give drivers peace of mind on long journeys, allowing them to plan essential charging stops.

“We have always adopted a collaborative approach, ever since our installation of the first fast charger in New Zealand 18 months ago” says Steve West CEO of ChargeNet NZ “We are pleased to support Vector in this initiative and look forward to working with them more closely in 2017”.

The updated App can be downloaded from Apple Store and Google Play.