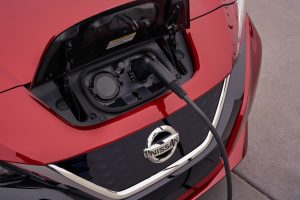 Nissan will launch the model in New Zealand during the next fiscal year. The company is also introducing the zero-emission car in other markets including Australia, Hong Kong and Malaysia.

Nissan’s regional senior vice president, Yutaka Sanada said the company is working to bring the new generation of the world’s best-selling electric vehicle to as many markets as possible.

“The New Nissan LEAF is the most advanced, yet accessible 100 per cent electric vehicle on the planet,” Sanada said.

”This ingenuous car will make you feel more confident, more excited, more connected than any other mainstream electric vehicle.

“The launch in so many markets shows our commitment to playing a leading role in electrification in this dynamic region, and to delivering the future of mobility to the region now.”

The company introduced a fully redesigned Nissan LEAF in September 2017, with a suite of advanced technologies that showcase Nissan ingenuity, including the e-Pedal system for one-pedal driving. 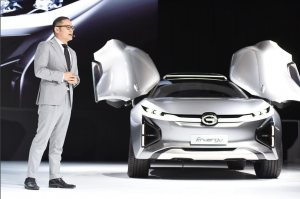 A range of new concept cars were showcased at the 2018 Detroit Auto Show. The auto show is considered to be one of America’s biggest car events of the year.

Nissan’s new chief designer Alfonso Albaisa has designed the Xmotion concept in a design challenge to show what the future of SUVs could look like. According to the Japanese brand, the SUV combines Japanese culture and design with American convenience.

“In the Xmotion concept, we explored the more rugged and powerful side of Nissan Intelligent Mobility. Bold and powerful forms and proportions are, upon closer inspection, contrasted with aspects of traditional Japanese craftsmanship expressed in a contemporary way,” said Alfonso Albaisa.

Honda revealed the third generation Insight at this year’s show. Competing with the Toyota Prius and hybrid models such as the Ford Fusion, the car can travel short distances on battery power alone.

Unlike some of its rivals, the Honda engine often only acts as a generator, recharging the battery to run the electric motor.

Honda is calling it a prototype so it is neither a concept nor a production model but rather something in between. When released next year, it will be slotted above the Civic but below the Accord.

The Enverge doesn’t need a power cord: inductive charging means it merely needs to park over a compatible charging bay.

It has a 600km driving range thanks to its 71 kWh battery, and a 350kW fast charger can give the Enverge 400km of driving range in just 10 minutes.

The car attracted a lot of attention at the show, with its gull-wing doors and “floating” digital dash-screen. Among its more crazy features are the headlights, which slide out and detach to be used as floodlights.

While the Enverge was just motor show concept design, GAC unveiled a range of vehicles alongside it that would look at home in any mainstream showroom: small and medium SUVs, a seven-seat people mover and a Toyota Corolla-sized sedan.

GAC is due to launch in the US in two years but its plans beyond that are unknown at this stage.

Lexus unveiled a full-sized luxury SUV concept, the LF-1 Limitless, which is designed to accept a range of engines from fuel cell, hybrid, plug-in hybrid and battery electric.

It also has what the car maker is calling a “four-dimensional navigation system”, with the fourth dimension – time – meaning the vehicle has an intelligent assistant on-board that anticipates destinations based on the driver’s schedule and other information. 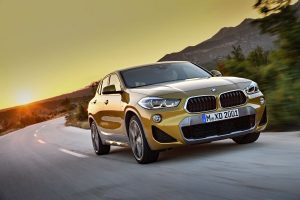 The Sports Activity Coupe is a BMW with one of a kind character. Its design is a combination of the robustness of a BMW X model and the athletic suave of a coupe.

Customers can choose from the BMW X2 M Sport and the M Sport X models.

New design details also are apart of the new BMW, these include the BMW roundel on the C-pillars and the styling of the kidney grille, where the outline is wider at the base than at the top, a first for a modern BMW.

Three engine variants are offered from the launch, plus the petrol model is fitted with the sporty seven-speed Steptronic dual-clutch transmission.

Options for the latest generation of BMW ConnectedDrive and Connected App, Apple CarPlay and an array of driver assistance systems all serve for a more coherent driving experience. 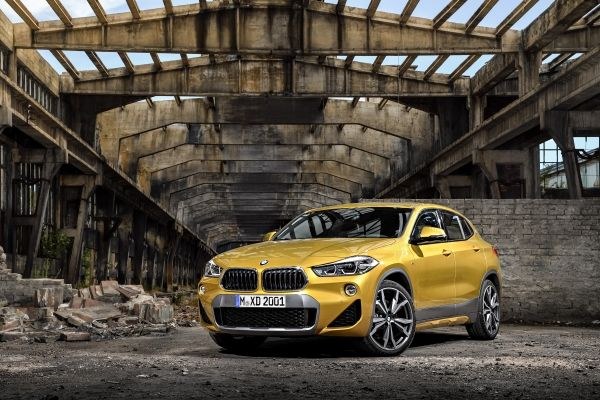 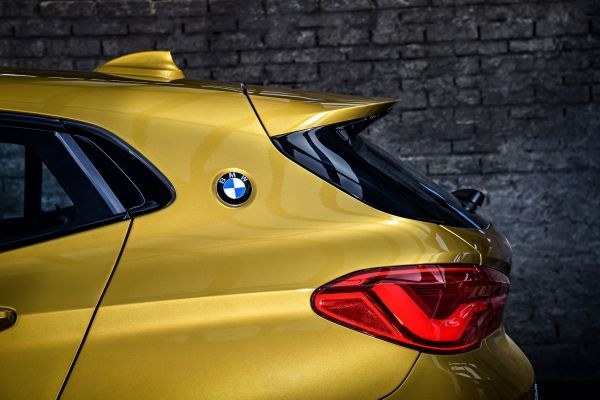 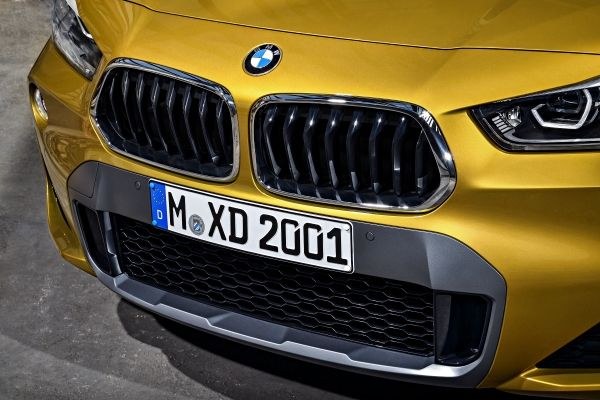 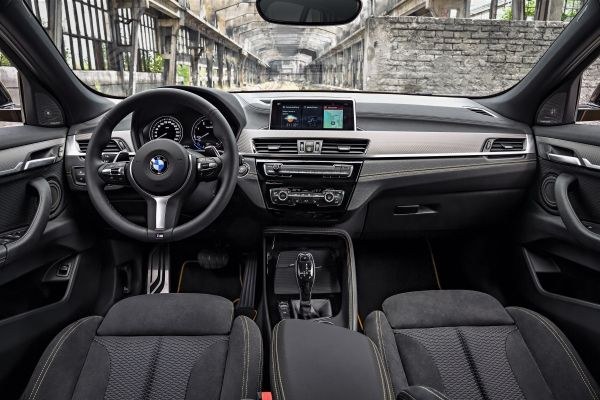 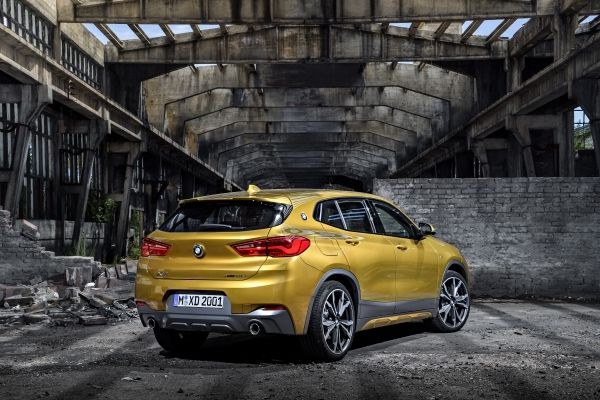 Holden has lifted the covers on the range-topping VXR variant of the next-generation Holden Commodore.

With a focus on dynamic handling, efficient performance and stunning traction off the line, Commodore VXR will show a different side to Holden’s performance capabilities while still using lessons learned from almost 40 years of continuous local Commodore development.

“The next-gen Commodore VXR offers a different execution of performance to the outgoing SS but make no mistake, this is a more than worthy successor,” said Holden’s renowned Lead Dynamics Engineer, Rob Trubiani.

“We’ve been involved in the development of this car from the beginning and I personally have spent significant time behind the wheel overseas and at Holden’s Lang Lang proving ground.

“The V6 engine with the adaptive AWD and 9-speed transmission make the VXR a quick and smooth car to drive, even in wet conditions. Importantly we also have Brembo front brakes and Continuous Damping Control (CDC) and drivers are able to switch between three driving modes for distinctly different drive experiences.

“We can’t wait to get the car in the hands of our customers next year but for now, we’ve still got some work to do and will continue to work with the team in Europe, who are currently completing chassis development at Nürburgring in Germany.”

The next-generation Commodore VXR will be on sale alongside the rest of the sedan range, along with Sportwagon and Tourer body styles, in early 2018. 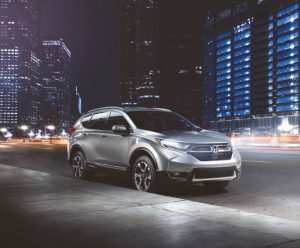 Just in time for the colder months, the Honda CR-V arrives on New Zealand shores in July this year.

The fifth generation, redesigned sport SUV includes a larger quieter cabin with more versatile cargo space as well as more seats, with a seven-seater CR-V model available in NZ for the first time.

The new CR-V includes 18” alloy wheels and narrower A-pillars for improved visibility. An electric power tailgate is also part of the package.

The 2018 CR-V will feature CR-V’s first ever turbocharged engine, a more powerful and fuel efficient 1.5 litre, direct-injected and turbocharged in-line 4-cylinder powerplant rated at 142kw of power with 243 Nm of torque.

The 2018 CR-V will also include a 7-inch touchscreen featuring Advanced Display Audio with in-built Navigation and compatibility with Apple CarPlay™ and Android Auto™.

The CR-V will come in 2WD and AWD high performance, mid-spec touring models with the addition of a new 2WD sport seven-seater to the luxury sport range and the AWD sport featuring the suite of Honda’s active safety sensing technology. 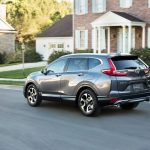 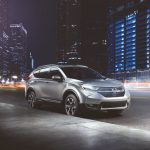 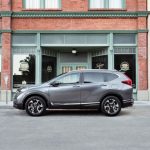 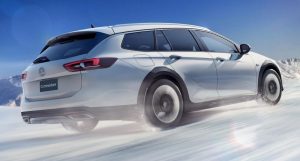 The Tourer has joined the Commodore range and is set to debut in 2018. It’s the third model confirmed in the next-generation line-up, following the NG sedan (based on the Opel Insignia) and the Sportwagon.

New European manufacturer Opel continues to influence the design of the 2018 Commodore range, Holden said, with the Tourer silhouette borrowing from the executive Opel Monza concept car, first produced in 1978.

Although powertrain specifications are yet to be released, it’s expected the Tourer will contain the same engine options as the Sportwagon and NG, which include a V6 petrol engine generating 230kW and 370Nm of torque, and a 2.0-litre four-cylinder engine available in petrol and diesel.

“The Commodore Tourer comes with a high-tech AWD system and also lets customers select specific driving modes, giving them the flexibility to be able to get off the beaten track,” said managing director of Holden New Zealand, Kristian Aquilina. The all-wheel drive Tourer also contains a ‘Sport’ driver mode, which adjusts the calibration of the steering, AWD and transmission for sportier driving experience.

Further details on pricing and a launch date are forthcoming.

The 2018 Alfa Romeo Stelvio will make its global debut at the Los Angeles Auto Show and is expected to arrive in showrooms by 2017. END_OF_DOCUMENT_TOKEN_TO_BE_REPLACED